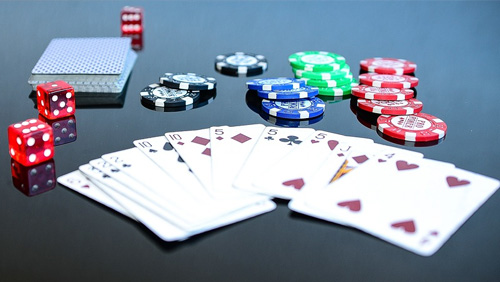 Three echoes from the caves of partypoker including news of POWERFEST X, a terrible Sunday, and a deep run from the boss.

A New Zealand couple thought it was as cool as squashing candlelight between your thumb and forefinger to name their daughter Kaitlyn after replacing the ‘ait,’ with VIII (eight in Roman numerals).

When it comes to Roman numerals, they don’t come much cooler than ‘X’.

It’s the second time POWERFEST has bathed in 2019 neon light, and the first time partypoker has held the event in the summer. Since POWERFEST IX, party has reduced the guarantee by $2m but has increased the number of games by 20. It’s still way down on the $40m GTD in POWERFEST’s May 2018 outing.

Here are the Championship Events, and Super High Roller details.

partypoker may have covered Hossein Ensan in patches, as he attempts to win $10m in the WSOP Main Event, but back in the world of bread and butter, gremlins have battered partypoker’s online grind this weekend.

Thank you for all the reports. We are aware of major connection issues for many players at the current time. Our teams are aware and working to restore services as soon as possible. Thank you for your patience.

The problems seem to be extensive. Beginning on Sunday, players saw multi-table table tournaments (MTTs) paused or cancelled during the busiest day of the week, with issues continuing throughout Monday.

Perusing the feedback on Twitter, player concerns focus on some players finding their tournaments paused, while others could continue to play unchallenged.

Here’s partypoker’s reaction to that.

Paused MTTs are resuming now. For those tournaments that were not paused we will look at the retrospective stacks and refund equity where required. Many apologies again for the issues tonight

The refund policy applies in these circumstances, and here is the link if you have any questions.

The boss has a deep run in the main

partypoker is considering sacking all ambassadors, after Managing Director Tom Waters proved you don’t need the hired help to promote your brand during live events.

It’s the first time Waters has cashed in the WSOP. It’s not his best score. That came in 2007 when he finished 4/215 in a $5,000 No-Limit Hold’em event at the partypoker Caribbean Poker Party in Punta Cana. Waters earned $87,600 in that event, after jostling with Adrian Mateos, Anatoly Filatov, Kenny Hallaert, Manig Loeser and Bartlomiej Machon.