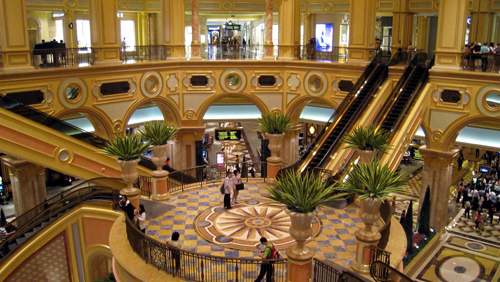 If Macau does decide to settle on a tourist tax, it now knows a number local residents would be happy with. According to the Macau Government Tourism Office (MGTO), locals want the tax to be MOP100 ($12.50), Macau Business reports.

This number was shared with local media by the department’s deputy director Hoi Io Meng based on a survey of the public that started in May. That survey ran from May 20 until June 20, and would help inform the MGTO what locals wanted when it came to a tourist tax, should one be imposed.

All together, they had 12,000 responses from residents, 150 from tourism operators and 1,500 from tourists. Meng noted that the MGTO wants to hear more from industry operators before going forward.

Meng also stressed that the results of the survey alone won’t determine how much a tax should be set at. They are also conducting an analysis of other countries with similar measures to help curb rising tourism, and they will take a harder look at the survey before jumping to conclusions.

The MGTO also announced that they will be expecting a 20% rise in tourism throughout the summer holidays, helping to emphasize the need for some kind of solution to rising tourism.

Macau has seen consistent year over year increases in tourism so far in 2019, largely thanks to the new HKZM bridge. While that would seem to be great news for businesses and the casino industry, it hasn’t helped gross gaming revenue (GGR) due to a lack of VIP play, and it has put a new burden on city infrastructure, forcing the government to look for ways to handle the volume.

While residents might think a MOP100 tax would be fair, that’s not necessarily the most educated opinion. Suddenly dropping a new tax on incoming tourists without a careful analysis of what the market will bear could drastically curb tourism and destroy the economy. Macau will need to very carefully analyze all the information available to them to come up with a fair tax that helps pay for new infrastructure while not scaring too many visitors away.