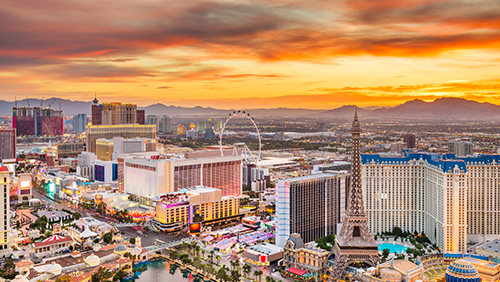 Sin City might be in a bit of trouble. As casino and sports gambling continues to be accepted in other parts of the country, Las Vegas has found its majority stake of the industry begin to quiver. Las Vegas has already experienced some declines in revenue over the past year and the Nevada Gaming Control Board (NGCB) has revealed that the trend continues. Not only is it losing its control, but New Jersey just became the sports gambling capital of the U.S. – for now.

The aggregate drops for both the city and the Strip are following a trend that began six months ago. Since last December, Las Vegas has now seen consecutive year-on-year drops each month, and the May numbers are the biggest declines so far this year.

It isn’t a surprise to anyone in New Jersey that it is coming out on top. The state’s governor, Phil Murphy made a prediction in April that the Garden State would beat its gambling rival. Former New Jersey Senator Ray Lesniak, who helped pave the way for sports gambling in the state through the fight with the U.S. Supreme Court and PASPA, told ESPN earlier this week, “I’ve been saying all along that the Northeast and New Jersey is a hotbed of sports activity. We love our sports. We are well on our way, in overall gaming, to becoming the Las Vegas of the East Coast.”