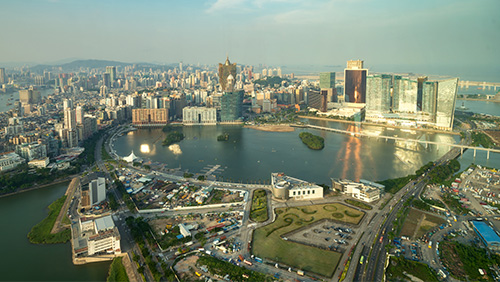 Gambling continues to deliver the largest amount of support to Macau’s independence, and those that believe the activity should be restricted are misguided in the city’s economic capabilities. Once again, gambling is the number-one source of revenue for Macau, gifting the city with about $6.01 billion in tax revenue over the first five months of the year. This is almost half of what the city had expected to earn for the entire year.

According to city officials, the gaming industry continues to drive Macau’s success. The roughly $6 billion taken in comprises the lion’s share of the $6.6 billion in tax revenue provided by all sources. The result is a fiscal surplus of $3.97 billion.

It should be pointed out that budget projections are typically conservative in Macau, as officials prefer to err on the side of caution and not overextend themselves. However, the result is certainly positive for the city’s coffers and Macau’s stability.

Gross gaming revenue (GGR) in Macau pays a tax of 35%, but an effective tax rate of 39%. This is due to additional taxes added to the operations, including revenue from Chinese lotteries, horseracing, instant lotteries and commissions from activities such as gambling junket operations.

The numbers show that, despite a dip in gross gaming revenue (GGR) in the first part of the year, Macau is still attracting a significant amount of attention. It has always been viewed as a gambling mecca and, while diversification in activity will be key for its future, it cannot afford to reduce its gambling footprint.

Last year, Macau saw a total in GGR of $37.85 billion. The city is the world’s richest gambling center and it wouldn’t be feasible to reduce its gambling footprint. Adding other family-friendly tourist activities and other options to attract different types of visitors will be beneficial to the city’s long-term sustainability, but gambling will most likely remain a major source of income for the foreseeable future.