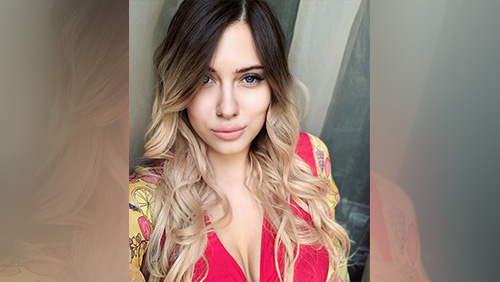 Former PokerStars Team Online, and Russian Twitch star, Liliya “liay5” Novikova, has died at her home in Moscow in a tragic accident.

This morning while walking in the rain, complaining about the rain, I listened intently as the psychologist, Adam Grant, and ‘Making Sense’ podcast creator, Sam Harris, talked about the theory of ‘counterfactual thinking’.

Harris talked about an incident where he nearly ran over a homeless man in his car, stating that had the man died, how he would trade all of his problems to go back in time before he hit him. In response, Grant said that counter-factual thinking was the gateway to gratitude, and this is what dominates my mind, this morning, as I read that Liliya Novikova is dead.

Novikova is a former member of PokerStars Team Online who achieved fame streaming poker and video games under the pseudonym “liay5,” and according to the BBC News website, a representative from Russia’s Investigative Committee (SK), told the Russian news site TASS –  “During the initial examination, traces of an electrical injury were found on the victim’s body.”

News reports are reporting that a neighbour, asked to search her apartment by concerned parents, found Novikova’s body in the bathtub with a hairdryer the likely cause of electrocution.

Novikova fell in love with poker while studying for her engineering degree at Moscow’s Bauman University, and came within earshot of the world’s largest online poker room after making Supernova status playing turbo sit-and-go’s and hyper-turbos. In 2015, they hired her to work alongside Ivan Demidov and Mikhail Shalamov to promote Stars in Russia. Speaking to the PokerStars blog at the time of her signing, she said – “a dream has come true.”

On hearing the news of her passing, PokerStars and two of their top pros Lex Veldhuis and Liv Boeree offered their sympathies on Twitter. Novikova had 24.6k followers on Twitch and 16,700 on Instagram.

Utterly heartbreaking. She was such a sweet, beautiful and talented girl who worked so hard to promote the game. Rest in peace lady ❤️

Our condolences to the family and friends of Liliya “Liay5” Novikova, who tragically passed away earlier this week. Poker has lost a bright star who will be missed greatly. RIP. pic.twitter.com/ReWWtTOMVa