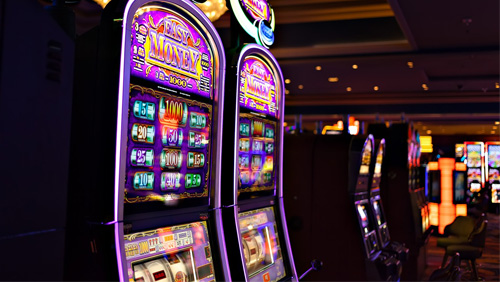 A Wisconsin man got lucky last week while playing the slots at the Potawatomi Hotel and Casino in Milwaukee, Wisconsin when he cashed out $25,000 on the wheels. He got unlucky over the weekend when he became the target of criminals intent on taking his winnings by any means necessary.

Christopher Czamecki, along with roommate Hunter Marks, was spending some free time at the casino when he won $12,000 on one day and another $13,000 two days later. He used his newfound gains to purchase a car and stored the leftover cash in a new safe, also purchased with the slot winnings. As excited as he was about his good fortune, he only shared his secret with a few close acquaintances.

Saturday night, while the two were relaxing at home, they were suddenly interrupted by a knock at the back door. When Marks went to open it, he got the surprise of his life. He explain to local news channel WTMJ-TV, “The door kind of pushed opened a little bit while I was reaching for the handle. I looked to see a guy standing there with a mask on and a pistol pointing towards me. He nearly hit me in the mouth with it.”

Marks decided to try and fight back, but he was overwhelmed by at least three criminals. In the home, Marks, his 77-year-old mother, Czarnecki and Czarnecki’s girlfriend were tied up with zip ties before Czarnecki was ordered to open the safe. He told reporters, “I thought they were going to kill me. I honestly did.”

The victims were then forced into a bedroom before the crooks ran away. Fortunately, no one was injured in the attack, but Czarnecki recognizes that he could have been more careful with the money. He said that, if he were to win again, “the bank’s probably the better way.”

He also might consider choosing a new group of friends.

While it might be impressive to carry around a huge wad of cash, it isn’t the smartest, or safest, decision. Virtually all casinos will issue checks in lieu of cash, offering an extra layer of protection. This is true of the Potawatomi venue, as well, which said after the attack made the news, “The safety and security of all guests, including winners of large jackpots, is of the highest priority at Potawatomi Hotel & Casino. [We] offer checks for winnings instead of cash. And people can get security escorts to their vehicles.”