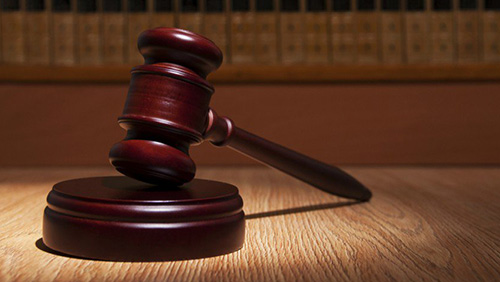 Miomni Gaming has started to build a pretty solid defense, and has gained an ally in the form of a U.K. judge. The sports betting provider, who is tangled in a legal dispute with Delaware North and Entergaming, has won an injunction in the U.K. High Courts, CalvinAyre.com has learned.

Miomni had a falling out with casino operator Delaware North, a West Virginia casino operator, in March when the sports betting provider suddenly started having issues with its third-party tech supplier Enterg Software Solutions. This new injunction sheds some light on what those problems were.

First of all, Enterg is the official name of the company that was being referred to as Entergaming, the brand sold to Intralot. The judge specifically noted that this mix of names could confuse and mislead.

A series of falsehoods seem to circle around the Enterg operation. The company, owned by Evangelia Alopoudi and Athanasios Marinos, listed a Malta gaming license on their website, but the Mediterranean regulator doesn’t list them as a licensee. They also claim to hold a French license, for which no further evidence can be found.

They also list Miomni as a B2B partner in the U.S., although Miomni denies this. They provided a license for software, which can’t be described as a B2B relationship.

In the injunction, which is only directed at Enterg, it’s implied that Miomni believes Enterg put some type of kill switch in their software, crippling it remotely whenever they chose to. The judge, David Edwards, ordered them to identify the code that could deactivate the Miomni platform, reveal all the details of how it got there, and give them everything they need to get rid of that code. It kept any court ordered penalties confidential.

Enterg didn’t show up for their day in court, so no defense was made. We have to assume that Miomni was 100% right about their service provider.

There are now questions of if Delaware North was aware of a potential kill switch. We’ve learned the operator was in contact with Enterg, and was potentially aware of the alleged sabotage they could have been victim too. If that can be proven, the U.S. court case will be especially interesting.