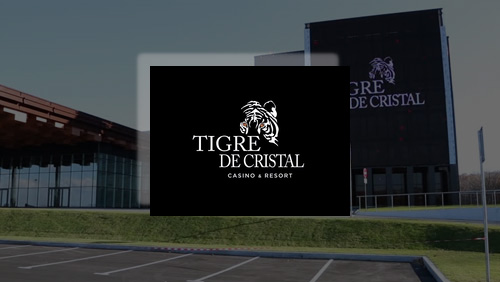 Tigre De Cristal in Russia is hedging its bets on the VIP market. The casino is planning on undergoing a major expansion in the near future and will add more VIP gaming tables during the endeavor. This is according to an executive director of Tigre promoter Summit Ascent Holdings, Eric Landheer, who spoke with GGRAsia during the recent Global Gaming Expo (G2E) in Macau.

Hong Kong-listed Summit is the primary source of investments for the Tigre de Cristal, which is the only casino property currently operating in the Primorye Integrated Entertainment Zone (PIE) near Vladivostok. It has, since opening, targeted Chinese players, as well as players from other Asian markets.

According to Landheer, “We are now deciding if we first move forward with the previously-announced villas or if we begin the full construction of Phase 2A.” That phase will cost around $200 million and will give the venue another 350 hotel rooms, a new indoor beach club, a multi-purpose facility for conventions and exhibitions, as well as other amenities. It will also bring a new gaming area with 50 more VIP tables, 300 slot machines and 25 mass-market tables.

Landheer adds, regarding Phase 2B, “It will be an all-suite hotel, with 150 rooms, catering to the high-end premium and VIP customers. We are looking at somewhere between US$400 million to US$500 million for the second phase of our property.”

Phase 2’s completion could be altered, according to the executive. Suncity Group recently increased its interest in Summit to around 27.97% and, as such, is taking a more vested interest in how Tigre de Cristal develops. It is providing more input on the expansion and Landheer asserts, “The first stage of phase two is expected to be ready by late 2021 or early 2022; we are still working on the timeline for the second stage.”

Tiger de Cristal, according to a recent analysis by Union Gaming, could record VIP gaming volumes next year of about $7.61 billion. This is an increase of around 250% and is a result of the new ownership structure involving Asia’s premier junket operator Suncity Group.

Landheer added that the property is going to “[move up] in the value chain in terms of VIP” as the venue “enhances its offering, which will likely provide a higher yield.”