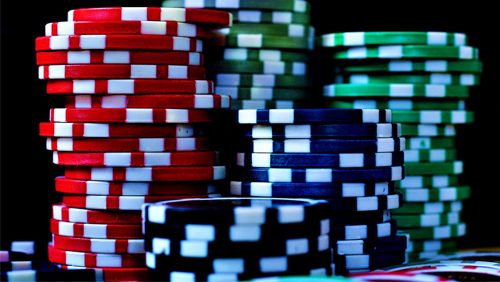 There are fewer moments of majesty and misery than tying the knot. The love of the day smashing into the cold, harsh reality of the pressures of providing for someone other than yourself.

How can I afford the physio for the pulled hamstring?

How can I afford those minimalist painting classes?

What about those cinema tickets so she can see Godzilla taking out the Hydra?

Daniel James has those problems no longer.

The 29-year-old history student returned from his honeymoon to take a punt in the £990 buy-in Unibet Open London in ‘The Vic’ and ended up taking it down for $101,505.

After whipping the 456-entrants field, James told the Unibet live reporting team that he ‘ran pure.’ I would go-go. It was James’ first live tournament win, and his personal best score, overtaking the $37,243 he earned for finishing 3/268 in a Grosvenor UK Poker Tour (GUKPT) Main Event in Reading back in 2014.

James defeated the talented Ben Winsor, heads-up, to take his maiden title, and that’s no mean feat. Winsor is a former WPT500 winner and a GUKPT Main Event champion.

The next Unibet Open takes place in Malta in September, followed by Paris in December.

Tim Hartmann has taken down the 2019 Winamax SISMIX Main Event at the Gran Casino Costa Brava in Lloret de Mar. Hartmann topped a field of more than 2,000 entrants to win the $112,875 first prize after agreeing upon a deal with Yves Sanchez and Morgan Aceto.

The tournament was bigger than Andre the Giant’s belly button almost doubling the field size from 2018. Hartmann, the clichéd German winner, told PokerNews that his final table was a clichéd “rollercoaster” of a ride.

It was a relatively inexperienced final table with only Alexandre Fradin having amassed six-figures in total live cashes.

Lex Veldhuis will follow-up on the tremendous success of his first live event by hosting another.

Details are as sparse as old fogies wearing tight hair buns, but we do know that the event will take place in Aspers, Stratford 27 September to 6 October, and the pièce de résistance will be a £230 buy-in Main Event.