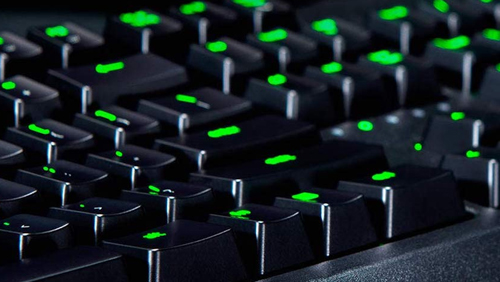 After watching John Wick Chapter 3 with my 18-year-old son, he gave me one of those ‘what a pile of pants’ looks.

Anyone showing up to watch a John Wick movie hoping for a plot has lost the plot.

“What about the epic scene with the dogs and Halle Berry?” I gestured with the excitement of a cannibal standing before a naked Halle Berry.

So does Aidan “GorgoKnight” Provenzano, for the time being.

Provenzano is a member of the Call of Duty squad from the North American Esports organisation, Midnight Esports, and he’s in a spot of bother thanks to a naive tweet.

“I bet the spread on the series with GenG/OpTic and you and UYU as long as it went 3-2 3-1 I was not down 1k and up 5 cheers brotha, drinks on me at Anaheim.”

The first person to reply was Alex “BeZo” Benjamin, and at that time, you had to give the lad the benefit of the doubt. The world of pro-Esports has ballooned faster than sales of ‘Frozen’ action figures did back in 2013, so perhaps he never got the memo.

“You do realise you’re not allowed to make bets for a league you’re in right?”

And then he went and did this.

The tweet has since gone the way of Frozen’s ‘Marshmallow’, but screenshots have been saved, and will no doubt be used to hurt the lad when the Call of Duty World League (CWL) complete their investigation.

If you play in the CWL then betting on CWL matches is strictly forbidden as per Section 6.2 of the CWL Handbook’s “Betting and Gambling” rules, and one would think is also common sense.

The two games that Provenzano bet on were:

1. May 13 CWL Pro League game between OpTic Gaming and Gen.G.

2. May 14 CWL Pro League game between Evil Geniuses and UYU.

If found guilty, Provenzano could face a $1,000 fine and an indefinite suspension.

The CWL has yet to act because they’ve been too busy watching John Wick 3.

Nobody is going to sue Provenzano, but there is someone within Esports trying to keep a lawyer on his leash.

Turner “Tfue” Tenney is suing FaZe Clan citing a limited ability to pursue his profession due to stringent and unfair contract stipulations. The 21-year-old signed a deal with FaZe Clan in April of last year, and his attorney, Bryan Freedman of Freedman + Taitelman, believes they were out of line.

The accusations will sting.

Freedman claims that professional Esports players and streamers are ‘artists, entertainers and content creators’, and they need protecting in an industry that has “little to no regulation or oversight” when dealing with the ‘young and trusting.’

The deal that Tenney signed only allows him to keep 20% of his revenue from branded videos that appear on Twitch, YouTube and social media, and 50% from touring and appearances.

Tenney has 10m YouTube followers and 5.5 Instagram followers. It’s not Tyler Blevins level (Blevins told CNN in December that he earned $10m playing Fortnite last year), but it’s a lot of bucks to be handing over to your employer.

“That Gamer Agreement is grossly oppressive, onerous, and one-sided,” said Freedman. “Faze Clan uses its illegal Gamer Contracts to limit Tenney to deals sourced exclusively by Faze Clan and to prevent Tenney from exploring deals presented by others; deals that are potentially superior to deals procured by Faze Clan; and deals that are not saddled with an eighty percent (80%) finder’s fee.”

The story broke in The Hollywood Reporter, and FaZe Clan reacted by posted a rebuttal on Twitter admitting that the clause exists, but claiming never to have invoked it, stating the contracts need updating with plans for the players to receive 80% of revenue with 20% heading into the FaZe Clan coffers. FaZe Clan also said that Tenney and his team have turned down several new contract offers.

“We have only collected a total of $60,000 from our partnership, while Tfue has earned millions as a member of FaZe Clan.” Said FaZe Clan.

Freedman is going for the jugular, claiming that FaZe Clan take advantage of young artists by pressurising them to live with other youngsters, giving them alcohol and encouraging them to gamble illegally. Freedman also stated that FaZe Clan signed an 11-year-old gamer, and told him to lie about his age.

Ferrari to Set Up an Esports F1 Team

When F1 Esports launched in 2017, there was a notable absentee in the Team lineup: Mercedes, Red Bull, Force India, Williams, Renault, Haas, Toro Rosso, McLaren and Sauber all embraced the new venture with Ferrari keeping their powder dry.

As we embark on F1 Esports’ third season, that may change.

“Esports is increasing in terms of interest, and certainly as Ferrari, we are looking seriously into it. We are not yet fully committed to the programme but it’s something where the discussions are ongoing. We will, very soon, make our own decision,” said team principal Mattia Binotto.