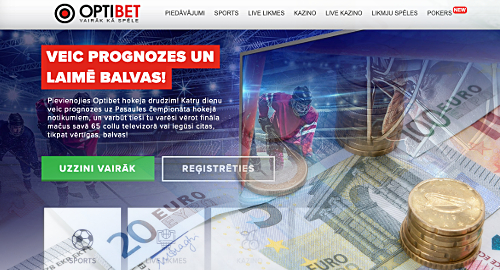 Latvia’s gambling market reported solid growth in the first quarter of 2019, although future growth may be limited by increased restrictions imposed by various levels of government.

New figures released by the Lotteries and Gambling Supervisory Inspection of Latvia (IAUI) show state-licensed gambling operators enjoyed combined revenue of €73.6m in the first three months of 2019, a 15.9% improvement over the same period last year but well below the €81.5m the market reported in Q4 2018.

Electronic gaming machines continue to dominate the Latvian land-based market, with revenue rising 12.6% to €56.3m. Gaming tables in casinos were up 6.4% to €3.9m, while land-based sports betting revenue jumped 55.2% to €848k. Bingo revenue improved by nearly 45%, albeit to a relatively insignificant €73k.

The land-based gaming machine vertical is almost guaranteed to report slowing or negative growth in future, thanks to planned closures of virtually all gaming halls in Latvia’s capital Riga. Other major jurisdictions, such as Latvia’s second city Daugavpils, have publicly mused about following Riga’s lead.

Latvia’s nine licensed online gambling operators generated a combined €12.4m in Q1, up 35.4% year-on-year. The online sector generated €41.1m in all of 2018, so the Q1 figure puts the vertical on track to easily break that record.

Casino games were the primary engine of online gambling’s growth, rising nearly 40% to €8.8m. Online betting was up 27.1% to nearly €3.5m while poker rose 15.8% to just €73k, although Latvia’s largest operator Optibet just launched a GGNetwork-powered poker product, so that vertical may get a boost in future reports.

Latvia’s overall online sector will also likely benefit from last month’s gambling law amendments that prohibit financial institutions from processing transactions with sites not holding a Latvian license. The new rules also permit the state to target individual gamblers who dare patronize internationally licensed sites, with fines of up to €350 per infraction plus a tax bill on any ill-gotten winnings.

The amendments also require local internet service providers to block sites not approved by the IAUI, and 41 additional domains and 68 IP addresses were ordered blocked during Q1. Since August 2014, some 1,156 domains and 2,459 IP addresses have been tarred with the IAUI’s scarlet letter.