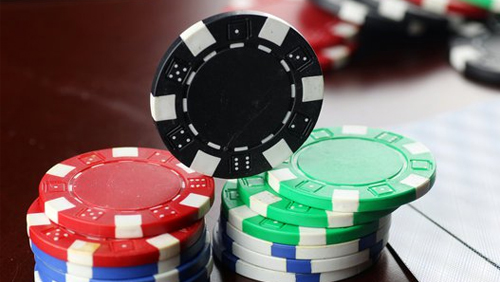 A new poker book from Dylan Linde, Elliot Roe partners with Run It Once, and the 3Bet clothing line folds.

Echolalia is the behaviour of openly annunciating words that you’ve recently heard. For example, you could be driving down the road, listening to the radio, and here someone saying, “Get your roast turkeys at David Matthews, in readiness for Christmas.”

Then you shout: “CHRISTMAS!”

Dylan Linde has authored a book called Mastering Mixed Games: Winning Strategies for Draw, Stud and Flop Games, and it falls into the catalogue of titles published by D&B.

The planned released date is sometime in early June, so expect Linde to be standing in the Rio hallway flogging copies during the World Series of Poker (WSOP). Maybe he’ll go the whole hog and hand signed copies to people who bust him Barry Greenstein style.

When it comes to poker, Linde is worth a listen. He’s amassed more than $3.8m playing live multi-table tournaments (MTTs), including winning World Series of Poker Circuit (WSOPC) and World Poker Tour (WPT) honours. In December, he received the best Christmas present a player would want by securing the $1.6m first prize in the WPT Five Diamond World Poker Classic.

Linde has also earned more than $6m playing online MTTs under the pseudonyms ImaLucSac, InvisibleEnigma and Walter1963 including 92 tournament wins in prestigious events such as FTOPS, SCOOP and Powerfest.

Phil Hellmuth Jr penned the foreword, and Linde talks you through the strategies for playing all the games that exist in H.O.R.S.E, Dealer’s Choice and 8-Game Mix.

Elliot Roe teams up with RunItOnce

If you think that poker books are a tad ukelele, then why not send this cracker of a gift to someone, and you don’t even have to waste money on wrapping paper.

Mindset guru, Elliot Roe, has teamed up with Phil Galfond to provide content for Run It Once (RIO).

The pair is peddling Roe’s A-Game Poker Masterclass. Priced at $999, you’ll get to learn the techniques Roe has taught clients who have amassed more than $80m in cashes.

You receive six modules, access to monthly live Q&A calls and a private forum all designed to increased your edge on the mindset angle of the game, not the technical one.

If clothing is your thing, then head over to the 3Bet website. The poker apparel company founded in 2011 by Dan Spring and Kevin Talbot is closing down, and as you can imagine there is quite a clearance sale going on.

3Bet has been one of the most successful poker apparel companies of its generation with the likes of Antonio Esfandiari, Brian Rast and Phil Hellmuth endorsing their products throughout the years.

Here’s a statement from the pair.

“Our mission from Day 1 was always to give poker players another way to further connect with the game we all love and while we’re disappointed to be moving on, we’re proud to have accomplished that goal for thousands and thousands of players around the world over the last 6+ years. We hope you wore your 3Bet gear with as much pride as we took in making it!

“Thank you to all our customers and fans and thank you to the poker community for the support – it’s been a great ride.”