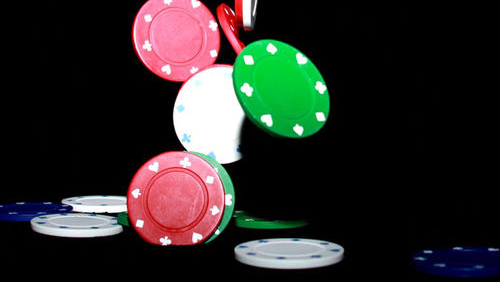 PokerStars prepares for the launch of Aurora, PokerStars.IN prepares for the Indian Summer Championship of Online Poker, and the Stars Store is giving away merchandise in connection with the 200 Billionth Hand promotion.

There are many reasons why PokerStars is the industry leader, one of them being its sheer beauty, and it’s about to become even more radiant as the largest online poker room this side of the drunk that wobbles before me, plans to roll out a brand new game engine.

The fact that it’s not even Christmas shows you that PokerStars is not an outfit that waits for holes to appear in its armour before they buy new a new shield and helmet. With partypoker hellbent on creating the most beautiful online poker experience in orbit, PokerStars release ‘Aurora’.

If you’ve ever stood beneath the sky transfixed by the green dance of the Aurora you’ll understand why PokerStars chose this name. Thanks to another scoop by Nick Jones and Michael Gentile over at PokerFuse, we know that PokerStars has been slipping Aurora into our view without a fanfare.

It began with games like PowerUp and The Deal, continued on the free to play site, before appearing in real money games on Portugal’s platform. Within months, the move will happen globally.

At the heart of the new beast is a gaming engine called Cocos2d. Players can expect to see graphics, table themes and sound-effect improvements, although Severin Rasset, Director of Poker Innovations and Operations at PokerStars, told PokerFuse in an exclusive interview, that he aims for the changes to be almost ‘invisible’ so not to detract from his players’ experience.

Rasset believes they will be in a position to retire the old engine by Q3 and posits that Aurora allows them to be more versatile and speedier when implementing change, and incorporated other platforms into the real money site with the PokerStars School one such integration. With PokerStars going to war with third-party software providers for such things as seating scripts and HUDs, integration with the PokerStars School seems a smart and savvy move.

With the PokerStars Spring Championship of Online Poker (SCOOP) around the corner, Indian based players will be happy to learn that they too can have a stab at a COOP title with their very own INSCOOP.

India’s event replaces the ‘Spring’ with ‘Summer’, and 92-events begin May 13, with more than 4.16 Crore ($596,480) in guaranteed prize money. Organisers have dubbed the Main Event ‘The Mammoth’ and the 1 Crore ($143,370) guarantee makes it PokerStars.IN’s first six-figure guarantee since setting up camp in the region, and is a Phased Freezeout with 15-starting flights.

While there are a plethora of different tournament formats, INSCOOP will be exclusive to No-Limit Hold’em, a wise decision as it continues to simplify the options for this burgeoning market.

The last big PokerStars tournament in India was the Winter Series. 467-entrants competed in the 35 LAC Guaranteed Main Event, and that’s a guarantee three-times smaller than the Mammoth.

In December 2001, a brand new online poker room called PokerStars stuck on a Bob Marley record, squeezed a brand new set of eyeballs into its sockets and dealt hand #1.

By May 2007 they had dealt ten billion hands. June 2013 and that number rose to 100 billion. At a rate of two million hands per hour, PokerStars expects to hit the 200 billion mark on May 1.

They are the sheriff.

Everyone wants to shoot them down.

To celebrate the milestone, PokerStars invites you to sit around the campfire, eating marshmallows, drinking hot chocolate, and collecting a raft of free prizes and cash.

I’ve already waxed lyrical on the fact that each player competing in the 200 billionth hand will receive $10,000, and how Stars are giving away a variety of different rewards during cash games, tournaments and spins of the celebration wheel.

Daily, in the Stars Store, PokerStars is giving away a broad variety of poker and sports paraphernalia, in conjunction with the promotion, including t-shirts, poker chip sets, backpacks and recognising the importance of the Champions League Semi-Finals, more balls than the Spartan 300.

Here is the link.