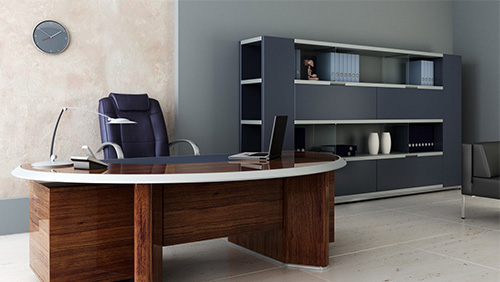 The chairman of the National Indian Gaming Commission (NIGC), Jonodev Osceola Chaudhuri, has announced that he is giving up his position. The commission is responsible for monitoring and regulating tribal gaming in the U.S. and the rumor mills are now going to start turning as candidates’ names for the position are tossed around like dice in a craps game. Ultimately, the replacement will be appointed by President Donald Trump and confirmed by the U.S. Senate.

Chaudhuri announced his departure last week, adding that he is going to serve as an ambassador for the Muscogee (Creek) Nation, the tribe to which he belongs. He added in a statement, “It has been the honor of my lifetime to serve Indian country and the general public in my capacity as chairman, a role I have had the pleasure of fulfilling since 2013. During my time as chairman, the commission worked hard at every turn to stress strong partnerships and consistent communication with tribal gaming operations to achieve compliance with the Indian Gaming Regulatory Act. The Commission works with tribes to ensure they have the tools necessary to effectively regulate their operations and meet IGRA’s requirements. I reflect on the initiatives of NIGC during my time at NIGC, we have been able to protect the integrity of Indian gaming, expand outreach, and develop new services that support gaming operations and its staff.”

Whomever is appointed by Trump could be an indication of where the President of the United States (POTUS) stands on tribal gaming. The nominee’s track record could show whether POTUS is more interested in an activist leading the commission, or if he wants a figurehead that isn’t going to be overbearing. In the past, he has seemed to lean more toward agency directors who prefer fewer regulations.

Chaudhuri was nominated by former President Barack Obama and confirmed by the Senate in April 2015. He had served as the acting chairman, vice chair and associate commissioner for the commission, having joined the NIGC after a stint as the senior counselor to the Department of the Interior’s Assistant Secretary for Indian Affairs. NIGC chairmen serve for three-year terms, but he stayed onboard for reasons that have not been fully addressed.

The NIGC is part of the Department of the Interior and was born from the creation of the Indian Gaming Regulatory Act of 1988. The commission is charged with overseeing tribal gaming, while commercial casinos are regulated by the individual states within which they reside.

Chaudhuri’s official last day is May 15. Moving forward, the vice chair of the NIGC, Kathryn Isom-Clause, will take over the chairman’s day-to-day responsibilities.