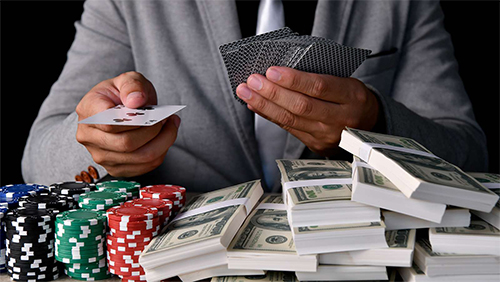 A native Indian tribe in the United States has found itself in a bit of hot water that could cost it a serious amount of cash. According to an external audit conducted of a casino operated by the St. Croix Chippewa Indians in Wisconsin, $1.5 million in casino revenue may have been misappropriated for personal use, misused or improperly registered. If the audit findings are confirmed, the tribe could be on the hook for as much as $27 million.

A Notice of Violation (NOV) (in pdf) was issued by the National Indian Gaming Commission (NIGC) on April 11. It accused the tribe of 527 infractions against the Indian Gaming Regulatory Act, as well as other laws, between 2014 and 2017. Each violation carries a fine of as much as $52,596.

This is just the top of the iceberg for the tribe, though. It will most likely face a federal inquiry now that could be led by law enforcement officials and tax authorities.

Rory Dilweg, a lawyer with Berg Hill Greenleaf Ruscitti out of Colorado, told Casino.org, “This is the longest — 29 pages — NOV, with the most alleged violations — 527 — I have ever seen.” Dilweg is the former chief counsel of Wisconsin’s Oneida Tribe of Indians.

The NIGC says that the St. Croix Chippewa have shown “complete disregard” for the rules. The audit discovered that tribal leaders used credit cards from the casino to purchase first-class flights and that “substantial payments” had been made to businesses and consultants despite no “contract, record, or even a later recollection of the goods or services provided in exchange.”

The commission also asserted that a total of $154,173 was paid to the tribe’s chairman, Lewis Taylor. A tribal council member, Elmer “Jay” Emery received a total of $235,888 and there is another $562,246 in payments that have been called questionable.

Dilweg points out that the actions of the St. Croix Chippewa are not common and are not indicative of how the majority of the tribes act. He explained, “Tribal casinos are, overall, incredibly well regulated and have provided revenue and jobs to many Indian tribes throughout the United States.” He adds that, if the allegations are true, the activity of the tribe could have been avoided and that there should be better control over how revenue at tribal casinos can be spent and by whom.