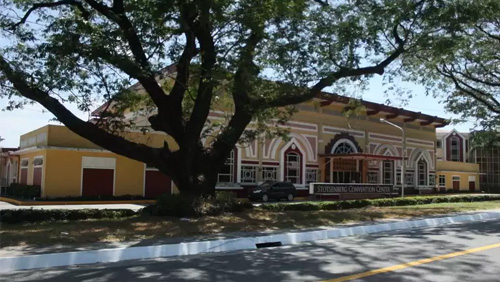 Frontier Capital Group Ltd. out of Australia has been wanting to reopen the Casablanca Casino in the Philippines since it acquired the property from the Philippine Amusement and Gaming Corp. (PAGCOR) in 2016. The only minor detail was that it didn’t have the money to bring the casino into compliance. It recently announced that it had found the money and has provided an update, indicating that it could turn on the lights at any time.

Frontier hadn’t expected to deal with the two-year delay when it acquired the property in 2016. It had set up everything to launch, but PAGCOR came along and killed the project over Frontier’s failure to have the necessary escrow account in place. That account needed to carry what would be equivalent to $4.3 million today.

As explained by Frontier in a filing with the Australian Securities Exchange (ASX) on Wednesday, “In February 2017, the Company announced to the [ASX] that it sought a voluntary suspension of its securities as a result of the Company’s Casablanca Casino had its casino operating license suspended by [PAGCOR]. The suspension was caused by a delay in settling an escrow account as required by PAGCOR… The escrow account provides security that the casino remains committed to further developments of the casino and compliance of all regulations as determined by PAGCOR. The escrow account was originally covered by a bank guarantee which lapsed. The Company was to replace and secure the escrow with a cash deposit. The Company further announced to the ASX that the service agreement with E!xcite Gaming and Entertainment Inc. was terminated by mutual consent due to the closure of the casino.”

In March, the company announced that it found the funds, noting in Wednesday’s filing, “On 1 November 2018 the company secured a US$10 million unsecured loan—with no fixed term and a coupon rate of 15 percent per annum—to meet the requirements of PAGCOR for the escrow account, performance assurance and surety bonds to enable recommencement of the casino operations.”

While the casino has been shut down, the adjacent Stotsenberg Leisure Park Hotel has been able to continue its operations, giving Frontier some income from the property in the meantime. The venue has still been hit-and-miss, but things are now looking up.

The loan that Frontier received has allowed the company to enter “full compliance” of PAGCOR’s requirements. As such, the Clark Freeport Zone property should now be able to return to its full operational status and allow Frontier to take complete advantage of the venue.