A wrap-up from the 2019 Irish Poker Open including a victory for Weijie Zheng in the Main Event and a peek inside the most productive side events. 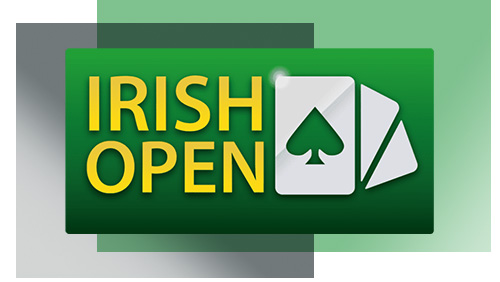 The Irish Poker Open is ’Geronimo.’ Not the leader and medicine man from the Apache Tribe between 1850 and 1886, but the 20th Century reusable condom that reliable sources said felt like wearing a cycle innertube.

Yesterday, the oldest live poker tournament outside of the World Series of Poker (WSOP) cremated their 2019 shindig and buried it in an emerald green urn.

The €1,150 buy-in, €1m GTD Irish Poker Open Main Event attracted 1,807-entrants. No blackmail required to create a mass, 34% stronger than 2018. Gargoyles, cannibals, hydrogen peroxide manufacturers – they all wanted a seat, and the CityWest Hotel in Dublin pushed them underneath bums.

The title remains in Dublin after Weijie Zheng won the title. Remarkably, before this win, Zheng had only cashed in three other events, and they all belonged to the 2018 Irish Poker Open – finishing  69/1071 in the Grand Prix, 37/1340 in the Main Event and winning the 46-entrant €1,050 High Roller.

As you can tell from the final table seat draw, Zheng began with a stack twice as big as the headline act, Max Silver, who was attempting the High Roller/Main Event double.

Seamus Cahill doubled through Zheng before succumbing to the might of Dave Masters in eighth.

Then we lost the most experienced man at the final table.

Silver lost a bunch of chips against Masters when his QQ fell against KT when all-in pre, and then he ran AT into the pocket tens of Zheng to leave the tournament, disappointedly, in seventh place.

Dave Crilly hit the rail in sixth, losing AQ to the KQ of Raymond Wheatley after a king hit the turn, and the KQ killer combo reappeared in the next elimination when Sami Agel moved all-in for 9 big blinds holding A4 versus the KQ of Thomas Gallagher and this time a queen on the river sealed the deal.

Raymond Wheatley fell in fourth after moving all-in with A5, only for Gallagher to call and outkick him in the balls with A7. Gallagher would then exit in third after running an unsuccessful bluff against Zheng.

Gallagher opened the button to 1 million holding Ks8d. Zheng called with JhTc. The flop was Ts9d7s, and both players checked. The turn was the Th to give Zheng trips, and he led for 1.5m, and Gallagher called. The river was 3d, and Zheng made a 5.5m value bet, and Gallagher, who had the remains of a haircut, moved all-in, and Zheng called.

With blinds standing at 200k/400k/400k, Dave Masters moved all-in for 28 big blinds holding pocket sixes, and Zheng called with KhJc. Zheng took the lead when he flopped a jack, a flush possibility arrived on the turn for Masters, but it never materialised.