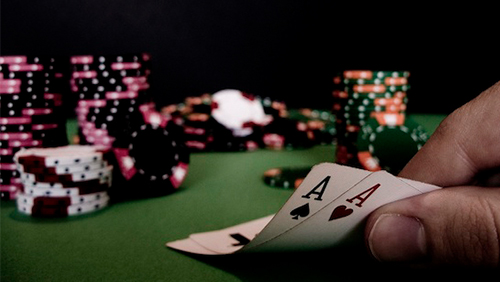 Three tales from the virtual rails including 888Poker returning to Poker After Dark, a $10m GTD GGSeries II, and Andras “probirs” Nemeth becomes the World #1.

It’s time to put down that skipping rope. Stop your Double-Dutch. Give your calves a rest. Pull up a pew, and read three tall tales from the world of online poker.

With XLBlizard in the rearview mirror, the marketing team has already rolled out the latest promotion. For the second time, 888Poker leverages their relationship with Poker Central to offer two customers the opportunity to appear on the iconic Poker After Dark.

The two qualifiers run on 28 April, and the winners of each win a $14,000 Poker After Dark package including flights, accommodation in the ARIA, and a $10k bankroll.

888Poker pits each qualifier against 888Poker Ambassadors Dominik Nitsche, Chris Moorman, and three unknown pros over two nights (21 May & 22 May). The winner picks up $40k, the runner-up $20k, and nothing but great memories for every other finishing position.

The qualifiers even get the chance to experience Vegas Moorman and Nitsche style.

Qualifiers begin for $1, and only UK, Canada, Germany, Sweden and Spain residents are eligible to play.

The GGPoker Network is fast becoming a decent option for grinders and recreational players alike, and this week the GGPoker team announced plans to run another Good Game Poker Series.

Dubbed ‘Series 2’ the second series runs May 12 to May 26, and players will experience 157-events and $10m in guaranteed prize money, and that’s quite a leap considering ‘Series 1’ ran 129-events with $3.5m in guarantees.

The magnet in this one is the $200 buy-in, $500,000 Guaranteed Championship event running May 19 to May 26, including five starting days. The game is No-Limit Hold’em as is every single one of the 157-events.

Bryn Kenney is a GGPoker Ambassador, and it shows in the schedule, with a broad range of high roller events hanging off the clothesline including $2,500, $5,000 and $10,000 Super High Roller events dotted throughout the schedule.

There are no bouncers on the door.

Finally, rise and give Andras ‘probirs’ Nemeth a round of applause.

Over the weekend, the Hungarian high roller claimed the PocketFives World #1 spot for the first time in his career. It’s the second time the lead has changed hands this month after Roman “RomeoPro’ Romanovsky replaced Niklas “lena9000” Astedt at the summit.

Here are the world rankings.