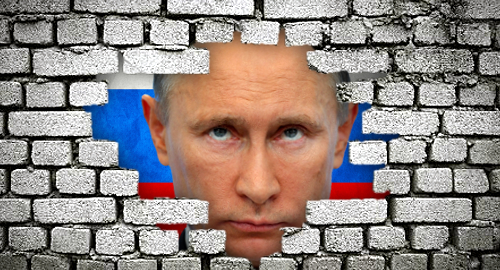 Russia wants to prohibit online sales of instant-win lottery games, while the government has approved legislation to establish a Chinese-style ‘great firewall’ around its domestic internet.

On Wednesday, Russian media outlet Ria Novosti reported that the Ministry of Finance was preparing legislation to prohibit online sales of instant-win lottery products, based on the government’s view that such products are too close to online casino games, which are forbidden under current laws.

Russia’s few state-approved lotteries, like the company behind the Stoloto brand, are allowed to sell tickets from websites and mobile apps, and while other products are technically legal, these state-approved operators offer only traditional numeric draw products. Instant-win games are only accessible via designated retail points of sale and specialized kiosks.

Meanwhile, this week saw Russia’s Duma approve the third and final reading of the so-called ‘Runet’ bill, which aims to wall off the country’s internet from the outside world. The bill’s backers claim the idea is to ensure continued operation of online services in the event of malicious foreign meddling, but everyone else sees it for the blatant censorship tool that it is. The bill is set to take effect this November.

In related news, the Russian Academy of Sciences has been awarded a RUB20m (US$313k) contract to create a system for ensuring more efficient blocking of prohibited online information. The system is expected to be up and running by December.

Last month, Roskomnadzor wrote sternly worded letters to 10 VPN firms, giving them 30 days in which to connect their services to the automated Federal State Information System on which forbidden domains are listed. Many of these VPN services responded with raspberries but any VPN service that refuses to comply with laws passed last November will themselves be blacklisted starting in the second half of May.