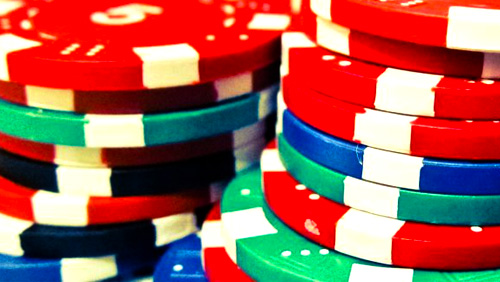 LeoVegas may have committed a pretty big no-no. The UK Gambling Commision (UKGC) is investigating a claim that the operator accepted £20,000 ($26,220) from a problem gambler, and encouraged him to play more despite his problems.

The Guardian reports the player’s LeoVegas account was locked in May 2018 when a customer service agent noted “concerning” communications during a live chat. Sister sites Pink Casino and Castle Jackpot, also run by LeoVegas, then sent him marketing emails offering “free spins” and bonuses.

The player then set up a new account with 21.co.uk and lost thousands. When the site asked for identification, they figured out that he was using his mother’s credit card without her permission. As that’s a violation of site terms, his account was blocked.

That wasn’t enough to stop the madness though, as other LeoVegas sites once again courted him with marketing emails.

This story has inspired politicians to weigh in with their own opinions on gambling operations. Tom Watson, the Labour party’s deputy leader, said: “It makes no sense for gambling companies to be doing ID and affordability checks after gamblers have lost huge sums rather than before they’ve placed the bets.

“The whole system seems the wrong way round. We also need to see immediate action to scrap credit card betting and end the practice of bombarding gambling addicts with gambling ads.”

The practice of accepting bets before identification is common, and doesn’t break regulations; however, actively courting someone who is flagged as a problem gambler is not acceptable, and acceptable cause for concern. Making matters worse, this isn’t the first time LeoVegas has had compliance issues.

In May 2018, the UKGC fined the operator heavily for ads that targeted problem gamblers, and those under self-exclusion periods. Rather than own up to it, the operator noted in a revenue report that tighter regulatory compliance was having “an adverse effect on growth.”

LeoVegas insists that it’s doing everything it can to provide a safe environment for it’s players and comply with regulations. They told us:

“The acquisitions in the UK have entailed complexity in terms of synchronizing databases, routines and processes. To manage it in the best way and follow the regulation, LeoVegas initiated an action plan last year. The plan has been communicated to the UKGC and we are delivering accordingly. LeoVegas takes compliance very seriously and works consistently in order to ensure a safe experience for our customers and maintain its leading position as a trusted and safe operator.”

The rules couldn’t be clearer though. A spokesperson for the UKGC said:

“We are absolutely clear with operators about the rules that they must follow to prevent and protect their customers from experiencing harm from gambling. Where we see evidence that those rules are not being followed, we will investigate.”

Editor’s Note: LeoVegas reached out to provide additional comment. This article was updated to reflect that.