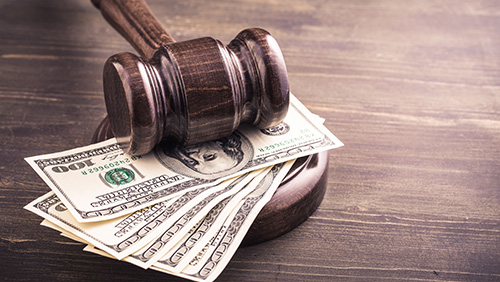 Last month, the U.S. was rocked by a scandal regarding some of the most prominent universities in the country. A number of high-profile Hollywood celebrities, heads of industry and others had allegedly used their influence and money to secure entry for their children into the schools, even if those children were not academically prepared. In some cases, parents reportedly paid millions of dollars to ensure their children went to certain schools, going so far as to bribing the schools to secure the entry. One of those who was caught in the ordeal was casino executive Gamal Aziz, who has now been officially charged for his participation in the scheme.

Aziz, whose real name is Gamal Abdelaziz, was one of 16 people listed in a federal indictment this past Tuesday. The executive has held senior positions with companies such as Wynn Resorts and MGM Resorts, both in the U.S. and in Asia.

According to the indictment, prepared by a federal grand jury in Massachusetts, Aziz was able to secure entry for his daughter into the University of Southern California after negotiating a deal to “donate” $300,000 to the school’s athletics program. That deal, along with all the others, had been coordinated through William Singer, who ran a purported non-profit organization that was nothing more than a front to help the country’s elite gain access to schools for their children.

Aziz’s daughter was ultimately admitted, in March 2018, to the university on a basketball scholarship, despite not playing the game. Singer contacted Aziz this past January to warn him that questions were being asked about different college placements and, in particular, why his daughter was not playing for any team. Singer fabricated a cover story, along with someone at the school, to indicate that the daughter had suffered an injury and couldn’t play. Aziz acknowledged to Singer that he would confirm the story if asked.

Aziz, through his lawyer, is prepared to plead not guilty. Singer, however, has already pleaded guilty and will more than like sing like a canary on a sugar high in order to cut as much time off his sentence as possible.