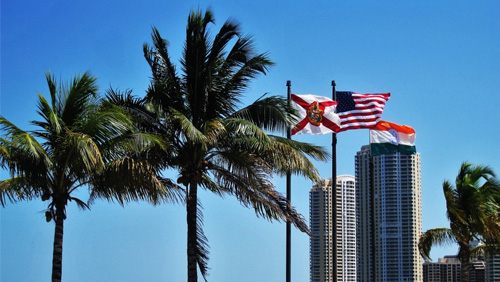 Florida lawmakers and the Seminole Indian tribe in the state have been at loggerheads over a key provision in a former gambling compact that expired five years ago. Now, according to the Sarasota Herald-Tribune, the two sides might be close to a resolution and have been meeting to hash out a new compact that will almost certainly include expansion provisions in the Sunshine State.

According to the compact, which became official in 2010, the Seminole tribe had a revenue sharing agreement with the state that has since contributed hundreds of millions of dollars to Florida’s coffers. Despite the lack of an agreement when the compact was to be renewed in 2015, then Governor Rick Scott was able to convince the tribe to continue the terms of the revenue sharing agreement.

That loose agreement will expire at the end of next month. This could produce losses of up to $350 million this year and the Senate has already stripped the tribe’s annual payment from the proposed budget in an effort to avoid any major financial shortfall if a new compact isn’t reached.

Part of the reason for the inability to reach an agreement stems from the tribe’s assertion that the state has violated compacts in the past. In 2016, the Seminoles took Florida to court, arguing that the state’s approval of blackjack, for which it had exclusivity, at pari-mutuel tracks was illegal. The courts agreed and the tribe threatened to halt its revenue sharing payments before Scott stepped in and made a deal.

Apparently, lawmakers and the Seminole people spent the better part of last week trying to reach an agreement. The discussions are being led by Senator Wilton Simpson, who is most likely to become the Senate President. He has been meeting with tribal officials and there is now a “do-or-die” deadline of this Wednesday for a resolution to be found.

Last year, Florida voters took to the polls and agreed that they should be in control of gambling in the state. A measure on the ballot last November put almost all gambling-related activity or move in the hands of the residents, including expansion. Many, including Florida Governor Ron DeSantis, are opposed to giving the Seminole tribe more autonomy over gambling in the state, and this fight may just be heating up.