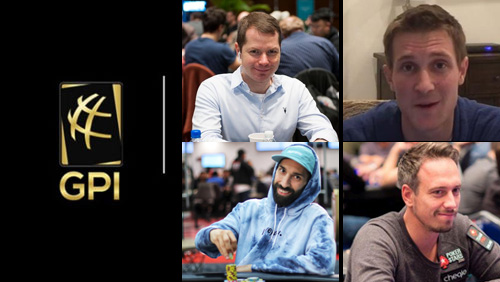 If you think being a professional poker player is an odd way to make a living then how about an Art Crimes Investigator?

That’s the title embossed on the business card of Arthur Brand, who last week, recovered Pablo Picasso’s 1938 masterpiece “Portrait of Dora Maar,” after someone stole it from a yacht moored in the South of France back in 1999.

After a fruitless three-year search, Brand finally found the painting after underworld sources revealed how a businessman had received it as payment for something or other and he didn’t know what to do with it (hang it somewhere, maybe?)

It sounds like the online voting form for the Global Poker Awards (GPA) in the hands of the 130 people chosen as the Nomination Panel.

The public had the opportunity to drag the Nomination Panel kicking and screaming into the 21st Century with the open ballot for the People’s Choice Award.

So who are poker’s hidden Picasso’s?

When voting for the world’s top rap stars, you don’t choose a country music singer, and it seems when putting the poker community through the whetstone, content providers receive the sharpest focus.

It’s safe to say that Owen was a tad mystified after his initial GPA snub.

Hey @gpi what in the fuck do I have to do to get nominated for this “Vlogger of the Year” category? Probably wouldn’t be upset if there weren’t people nominated who don’t even make poker vlogs: https://t.co/c97CNSmfTW

Johnnie “Vibes” Moreno has more than 27,000 YouTube subscribers, and he was another player snubbed by people like me, in favour for people like Lex Veldhuis, who also made the short list (his third nomination).

Rounding out the four is Jonathan Little.

Little’s inclusion is special because he also got this far last year, a level of consistency showing his importance in the poker world as a content provider and inspiration to those who bothered to vote.

It’s been an interesting fortnight for Little.

Last week, the World Poker Tour (WPT) Champions Club member sent a variety of pros to the ranks of the French Foreign Legion after suggesting on Twitter that live tournament grinders who cash the most, are the biggest losers in the game.

Stop worrying about how often you cash in tournaments. It is well known that people who cash the most are the biggest losers in the game! #Poker #Mindset

And this week, Little made an appearance in Forbes online magazine talking about his early career, his choice of investment strategies, and much more.

The GPA takes place on Friday night, and you can watch the entire event live as a PokerGO subscriber.

What do poker pros do when they’re not playing? Make rap songs
Erik Gibbs
5 March 2018
.