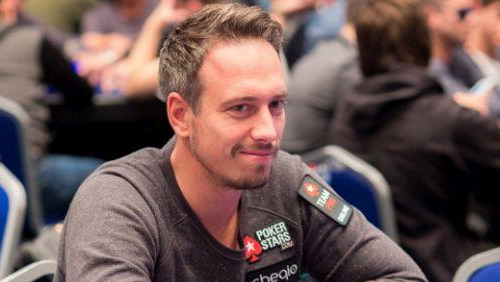 There are no poker power rankings, but if there were, Lex Veldhuis would be a permanent fixture in the Top 10.

The long-time PokerStars Team Pro, and Triton Poker Series broadcaster has done something quite extraordinary in creating an environment where like-minded people can gather around the water cooler to talk about poker, games, and how many types of owls there are in the world.

The environment is Twitch, and this week, a new payment processor, MuchBetter, has eye spied with their little eyes, signing him up as a brand ambassador.

Each night, when Veldhuis opens up the virtual doors of his Twitch channel, more than 150,000 followers wait patiently to walk through, sit down, and engage. And MuchBetter has realised that it’s +EV to get their product in front of the eyeballs of a community that has formed around the idea of one of Netherlands finest poker cheeses.

According to the press release, Lex will act as a conduit between MuchBetter and his community, while thinking of innovative ways that the payment processor can add more value to the online poker community.

MuchBetter isn’t a stranger to this genre, with several of the backroom staff having enjoyed tenures at PokerStars and Full Tilt Poker, both of whom are current customers.

MuchBetter co-founder, Jens Bader, believes one of the critical challenges for MuchBetter is convincing players to switch payment processors, comparing it to asking people to ‘change their bank,’ and hopes that Veldhuis can help at least 150,000+ people to do that.

Word on the grapevine is that PokerStars duo Fintan Hand and Felix Schneiders will also sign as brand ambassadors soon.

To confirm the greatness I alluded to earlier, the inaugural Lex Live in the Grand Casino de Namur in Belgium has been a stunning success.

Veldhuis partnered with PokerStars and the Grand Casino de Namur to give his online tribe the opportunity to come together and meet each other live, and they didn’t disappoint.

The €225 Lex Live Main Event attracted 1,064-entrants, and Danny de Vos from the Netherlands took the title and €29,300 in prize money after agreeing to a five-handed deal.

Speaking on the PokerStars blog about the success of the inaugural event, Veldhuis said it’s ‘almost 100%’ that there will be more Lex Live events, saying that the whole event felt like ‘a storm.’​