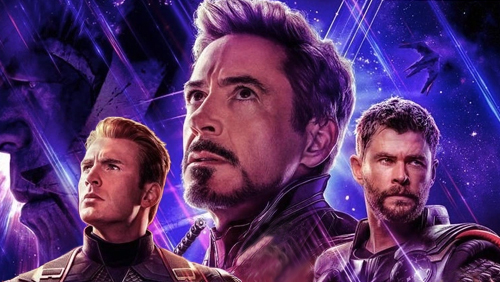 We’re just a few weeks away from the biggest movie event of the year, and the culmination of 11 years of storytelling. Marvel Studio’s Avengers: Endgame, directed by Joe and Anthony Russo, premieres April 26, and millions are waiting breathlessly to find out if the Avengers can somehow reverse the effects of Thanos’ snap, and who will survive the final battle.

Care of Bodog, we have odds on a few wagers you could make on the movie. I might not have seen the 14,000,605 outcomes that Dr. Strange saw with the time stone, but I did watch Avengers: Infinity War with the director commentary turned on recently, so I’ll walk you through your options.

First, let’s look at the box office. Will the movie open to more (2/13) or less (15/4) than $257 million in North America? Infinity War barely hit that number. More recently, Captain Marvel only made it to $153 million. With the cliff hanger of the previous movie, and the anticipation of what’s coming next, the over looks tempting, but I think it would be hard to fit any more people in the theatre, so I like the under.

Looking at the worldwide gross, the over/under has been set at the same amount Infinity War made as well, at $2.048 billion. To hit the over (4/7), Endgame will need to rack up the revenues before serious competition comes in the form of Detective Pikachu on May 9 and John Wick Chapter 3 on May 15. I don’t think those are very serious threats, so I would stay away from the under (27/20).

Next, we have an over/under on the Rotten Tomatoes tomatometer. The bar has been set at 85%, the score Infinity War settled on. Ten movies in the Marvel Cinematic Universe (MCU) have gone over (20/31) that score, and 10 have gone under (23/20). Considering that every other movie directed by the Russo brothers did 90% or better, I like the over.

As much as we all like money and critical praise, the fun stuff is the story bets. So let’s look at those.

First, will Ant Man kill Thanos, possibly by going up his butt and expanding until the Man Titan explodes? Josh Brolin has responded to the theory, and the Russo’s have made it the topic of their Instagram AVI image, giving it some credence for a yes (3/1) wager. Ultimately though, it’s probably safer to bet on no (1/5).

The next three wagers all cover the deaths of the core Avengers. It’s entirely possible that they all die, but then get resurrected by some kind of hijinks. I don’t think magic, time travel or tricks will matter for these characters, as I think it’ll be too much to kill them off, bring them back, and then maybe kill them off again in the same film. But what do I know, they have three hours to fill. I also checked with Bodog, in case you’re wondering, and they will be grading these wagers based on if the character is alive at the end of the movie.

Let’s start with an easy one. I would expect Thor to stay alive (5/11) for the whole film. A bet on “yes” (31/20), suggesting he dies at some point in the movie, seems foolish. He’s a Norse god, with the Thanos-killing kind of weapon, and an actor who wants to do more movies.

Now it gets tricky. Chis Evans’ Captain America is favored to come out the end of the movie alive (5/11). However, the trailers have him looking in rough shape, and the Evans doesn’t want to come back to the MCU, at least not right away. Considering he got emotional when the film wrapped, I’d say he’s done for (31/20).

Dr. Strange saw one possibility to save the universe, and that somehow meant Thanos had to spare Iron Man at the end of Infinity War. It makes little sense to me that he would then die at some point in Endgame, even if a MacGuffin resurrects him partway through. The Russos also have spoken about, in director commentary, how Tony Stark is the only hero equivalent to Thanos, seeing the future and taking a ruthless approach to deal with it. This will be a story of Tony Stark’s revenge and final victory, without hiccups.

But does he die at the end, in a pyrrhic victory? I don’t think so. Even though his contract is also done, I believe Marvel will want to keep him around for cameos and a happy ending with Pepper Pots.

Besides, this Avengers movie needs some kind of happy ending, and that just can’t happen if Iron Man is dead.