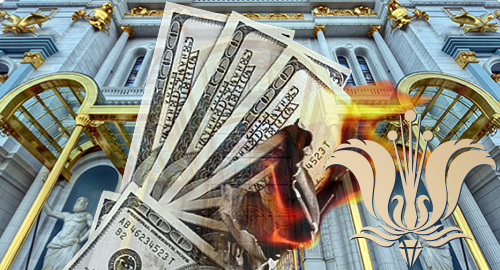 Earlier this month, IPI warned investors that it expected to book a net loss for 2018. On Wednesday, investors learned that net loss was a staggering HK$2.97b (US$377.7m), a significant reversal from the HK$637m profit the company reported in 2017.

The company attributed the reversal to a combination of factors, including gamblers being distracted by the 2018 FIFA World Cup, “tightening marker credits” and the temporary shutdown required by Typhoon Yutu, which closed Saipan’s only airport for nearly a month.

IPI’s total revenue for 2018 hit HK$3.25b, a 58.2% decline from 2017’s result. The bulk of this decline came via decreased VIP gaming activity, which generated revenue of HK$2.9b, a more than 60% year-on-year fall. VIP turnover was down nearly two-thirds year-on-year, and while VIP win rate was up 0.4 points to a healthy 3.7%, it wasn’t enough to stop the bleeding.

IPI’s trade receivables, i.e. gambling debts owed by high-rollers, stand at nearly HK$9.7b, although this was down from nearly HK$13.3b at the end of 2017. IPI views nearly HK$4.7b of these debts as uncollectable, either because said high-rollers are unable or unwilling to honor their markers. That impairment figure is only slightly below the HK$4.75b the company wrote off in 2017.

Around HK$1.9b of 2018’s write-offs is owed by IPI’s ten largest debtors, while the single biggest deadbeat is responsible for a hefty HK$657m of red ink.

As a further indication of how big an impact that gambling whales have on IPI’s bottom line, the company said it derived HK$1.27b of 2018’s gaming operations revenue from “a single external customer.” Believe it or not, this represented a decline from the HK$1.49b a single customer contributed to 2017’s revenue.

Perhaps not surprisingly, IPI noted that its net current liabilities of HK$4.75b “indicate the existence of a material uncertainty which may cast significant doubt on the Group’s ability to continue as a going concern.”

However, IPI just secured agreement from some of its lenders to extend repayment of certain overdue loan and note amounts to the second half of 2019. IPI also just secured additional unsecured credit facilities totaling HK$1.15b from two independent third parties.

IPI’s permanent gaming venue, the Imperial Pacific Resort, remains unfinished, in part due to an acute labor shortage. But IPI said Wednesday that it had “secured adequate labor supply from the Philippines and Taiwan to ensure the need of the construction.”