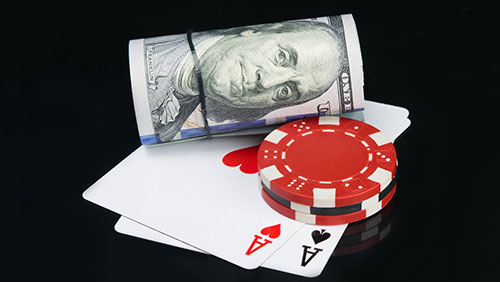 Poker’s alleycats continue to fight in the partypoker MILLIONS South American with Guillaume Nolet scratching his way to victory in the €10,300 High Roller, and Jonathan Depa clawing his way to the top spot in the €25,000 High Roller.

Phil Hellmuth Jr. may be winning burlesque awards for his shimmy and shake partypoker MILLIONS South America Main Event entrance, but the man isn’t locking up any titles; unlike Guillaume Nolet and Jonathan Depa.

We begin with Nolet who has taken down the $10,300 High Roller for a career-best score of $300,000. The event attracted 97-entrants, and there were a few slivers of Uni amongst the raw fish.

Chief amongst them was the 2013 World Series of Poker (WSOP) Main Event Champion, Ryan Riess, who has been a beast of late, breaking into the Global Poker Index (GPI) Top 10 where he currently resides in ninth. Riess had to settle for eighth in this one, one place higher than his successful run in last season’s MILLIONS UK Main Event. The former World Poker Tour (WPT) Season VIII Player of the Year, Faraz Jaka, also made an appearance at the final table; Joaquin Melogno flushing The Toilet in fifth.

The final man to have a pop at Nolet was Anatoly Filatov. The Russian star has gone supernova after joining partypoker as an ambassador in March 2017, winning the MILLIONS Sochi Main Event, WPT Sochi High Roller, and crushing online.

Nolet began with a 2:1 chip lead, and despite Filatov doubling once, the best-dressed poker player in the business couldn’t mount the comeback needed to bring him another title.

Nolet maintains his 100% record competing heads-up for live titles. The Canadian star is on the up and up, adding this victory to an impressive Aussie Millions campaign that saw him finish fourth in the AUD 25,000 Challenge for $218,884, and win the AUD 2,500 No-Limit Hold’em 6-Max Shot Clock for $103,756.

The event attracted 41-entrants, and it was the Scotsman, Niall Farrell, who held a dominating chip lead 8-handed. A series of unfortunate events that makes a day in Lemony Snicket’s shoes feel like a breeze saw the Triple Crown winner fall apart at the seams, hitting the rail before the money.

The official bubble boy was Diego Zeiter. The Austrian got it in good with A8 facing the AT of John Cynn, but the WSOP Main Event Champion hit a ten on the turn to turn Zeiter stone cold.

Cynn would make it as far as fourth place for his best live tournament performance since winning $8.8m. Patrick Mahoney would fall in third, and that left Depa and Alex Keating to squabble over the last remaining funds, with Keating coming out on top when ace rag beat king rag.

It could be a defining moment for Depa, who has never won a live tournament, despite reaching heads-up on four occasions in the last eight months.