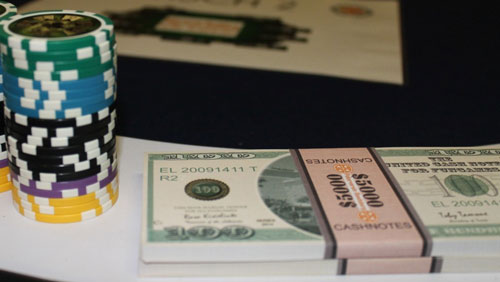 Three live tournament results to catch up on including victories for Terry Fleischer in The Wynn Classic, Bill Brynes in the Heartland Poker Tour in St. Louis, and another close shave for Shannon Shorr at the Bay 101 Shooting Stars event.

Some of you will be making plans to watch the Super Worm Equinox Moon, others will be thinking of ways to impregnate the most beautiful woman in the world, so your mates think you’re the shit, and others will be sitting down at a poker table to play cards. Let’s stick with that latter group.

Three live tournament results from North America to get you up to speed on, and we will begin in Las Vegas, a place where you need to play poker wearing a bulletproof vest.

The Las Vegas resident wins live poker tournaments at the same rate North Korean ballistic test missiles foul the azure blue sky with 31 in total, and he loves The Wynn. In 2014 he won the Wynn Fall Classic Main Event for $76,334, and in December he took down a 484-entrant event as part of the Wynn Signature Series earning $52,339.

His most recent win is his most significant score to date, and he arrived a man in form after an 8/952 finish in the World Series of Poker Circuit (WSOPC) Main Event in the Rio recently.

The 47-year-old criminal defence attorney defeated 444-entrants at the Hollywood Casino in St Louis. It’s his third live tournament win, and his first since 2012 when he slipped a couple of World Series of Poker Circuit (WSOPC) rings onto his fingers.

Byrnes told the press that he was going to donate a significant chunk of his bounty to charity, and would also treat his wife to a trip through Europe, where I fully suspect him to dump her off somewhere so he can take in a European Poker Tour or two.

Brynes may have won the big one, but he wasn’t the star of the show. The most illuminating presence in St Louis was Craig Welko who took down three side-events.

Another Close Shave For Shannon Shorr

We will leave you with another close shave for Shannon Shorr.

After claiming the berth of bridesmaid at the World Poker Tour (WPT) Gardens Poker Championship in Las Vegas recently, Shorr has done it again, this time ending up on the losing side of a heads-up encounter at the Bay 101 Casino in San Jose.

Here are the final table results of that one.

It’s the first time in a very long time that the Bay 101 Shooting Stars event takes place without the brand name WPT hanging over the entrance, and we will be keeping you abreast of the results as they come in this week.