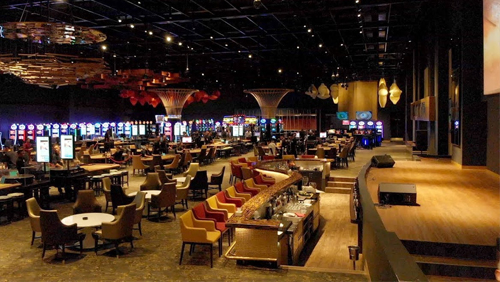 This past Saturday, Silver Heritage inaugurated its new VIP gaming facilities at the Tiger Palace Resort. The launch was held in conjunction with the one-year anniversary of the official grand opening of the Nepal-based casino and the facilities offer 4,500 square feet divided into three VIP rooms with high-limit slot machines, 11 gaming tables, a private dining area and a lounge.

Silver Heritage announced earlier this year its plans to offer the VIP gaming operations, following a successful in January. For that month, the company saw an increase of 110% in table drop, as well as an increase of 142% in traffic, at Tiger Palace. It was the first month since the venue opened in December of 2017 that it has been able to report positive year-on-year results and the table drop rose from $1.009 million to $2.128 million, with visitation increasing from 4,361 to 10,584.

The turnaround, and the new VIP operations, are good news for the casino operator. Last week, it reported that its venue in Vietnam, the Phoenix International Club, was shut down after a revised Investment Certificate caused it to lose the ability to offer table games.

Reporting on the closing of the Phoenix operations, which are meant to be just a temporary suspension, Silver Heritage stated, “As set out in the [Australian Securities Exchange] announcement dated 27 February 2019, Silver Heritage requested an immediate trading halt pending an announcement regarding its contract and operations at Phoenix International Club, Bac Ninh (Phoenix) in Vietnam.

“The company received notice from the general manager of Phoenix that table games are no longer included in its revised investment certificate, and hence not permitted to be operated on the property, and that the casino will close for an indefinite period. As of 0600 Vietnam Time this morning 1 March 2019 all casino operations on the property have ceased.

“As Phoenix represented approximately 45 per cent of Silver Heritage Group’s unaudited revenue for the year ending 31 December 2018, the board is conducting a review of the legal basis on which the Notice was issued, the company’s rights and obligations under the entertainment services agreement between the company and the owner of Phoenix, and the impact of the notice on the company. The company will provide further updates when additional information becomes available.”