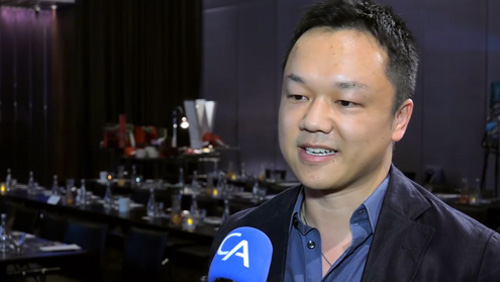 Affiliate marketing has been around for a lot longer than the Internet. After all, businesses have been using referrals and reward schemes as effective marketing strategies way before the digital age started. The industry, however, can still be considered in the early stages of the adoption curve, especially in Asia.

Anthony Wu is the founder and CEO and UpstartDNA. In 2012, he opened UpstartDNA’s first Asia office in Taipei, Taiwan, and launched the country’s first CPA (cost per acquisition) network, called Affiliates.com.tw, a year later. Currently, the CPA platform is considered to be the leading affiliate network in Taiwan, but getting there hasn’t been easy.

“I think the first challenge is to explain that we are not multi-level marketing,” Wu tells CalvinAyre.com. A lot of Taiwanese or in Asia, they don’t understand or even heard of [affiliate marketing], so we tell them, ‘This is performance based, you only pay if we convert for you,’ and in the beginning, they don’t believe it. They said, ‘How can that be such a good thing, right? How much budget do you need to run this?’ And we say, ‘No, no budget. We bring you customer first before you pay us.'”

Five years later, and UpstartDNA’s affiliate network now has traffic sources not only from Taiwan, but also China, Hong Kong, and countries from Southeast Asia, including Singapore Malaysia and Indonesia. According to Wu, “As affiliate network, we actually accept and we work with a variety of verticals. Gaming is one, ecommerce is a big one. We have dating, we have financials, so all kinds.”