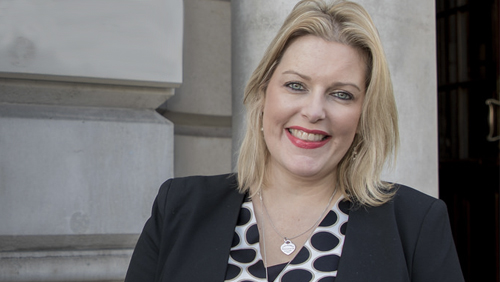 When I was a kid, every Christmas and birthday meant my grandfather would give me a nice card and some lottery scratch cards. It didn’t matter that I was just 8 years old, they were a fun and simple way to get me to shut up for a few minutes.

I always wondered if I could buy them for myself. I had a pretty good idea that things like booze, cigarettes and lottery tickets were meant for adults, but I didn’t know if there were any rules about buying those things. Ultimately though, I never got up the courage to find out, because I found the old Korean man at the corner store to be a little too intimidating to challenge.

If any 16- or 17-year-olds in UK are having the same feelings that I once did, they better enjoy their freedom to buy scratch cards while it lasts. Sport Minister Mims Davies wants to restrict scratch card sales, and all other lotteries, to 18 and above, she revealed in an interview with The House magazine.

“We need to be very clear that gambling starts at 18 … It’s not to stop people from having fun, but it’s also to protect those most vulnerable people. That’s where the government needs to step in,” Davies said. She specifically mentioned scratch cards as well, which considering my history as a vulnerable 8-year-old, seems fair.

According to The Guardian, any proposal to make such a change would only go into effect in 2023, when the national lottery’s license is up for renewal. They also note a study that found as many as 450,000 in the UK were gambling between the ages of 11 and 16, which would entirely be illegal right now. Those kids probably found the less intimidating Korean store owners that I couldn’t.

This thought continues the UK’s hard look at further restricting gambling. They’ve previously talked about restricting the use of credit cards for gambling, saying people shouldn’t bet with money they don’t have. They’ve also put in new customer identification rules, to ensure online offerings are adhering to age rules.

So if any of the youth in the UK are looking to buy those scratch cards while they can, please do it responsibly, and don’t forget the bread and milk. That’s what grandpa used to always say.