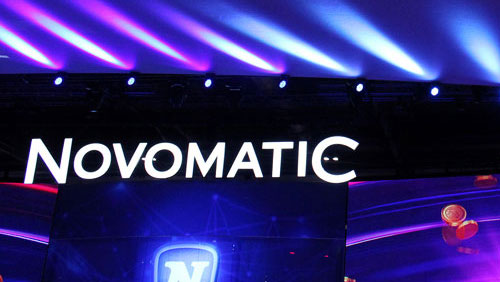 European based Novomatic signed an agreement with Indo Pacific Gaming (IPG) to bring their gaming equipment to Southeast Asia, a move that should help the company far exceed the $5.7 billion in revenue they made in 2018. The distribution agreement not only calls for Novomatic to supply gaming equipment, but to be one of the primary gaming operators in the region.

The agreement opens markets across southern Asia, including Cambodia, Sri Lanka, Laos, Nepal, and Vietnam. The agreement is opening markets in a more dramatic manner than one would expect. This will make Novomatic the first company to have a casino in Vietnam, a sign of how far reaching the company’s influence already is.

Novomatic may have started 37 years ago, but the operations have taken off over the last two years. In 2017, they made $2.5 in revenue but saw that number more than double last year. It has been the rapid expansion to over 50 countries across the globe that has helped the Austria-based company to become a worldwide leader in gaming and gaming equipment.

Now, with the huge untapped markets in southern Asia becoming available. there is no doubt that they could see their revenue double in 2019 as well. This comes on the heels of the company’s acquisition of Australian based Ainsworth in 2018.

To accommodate the new markets, Novomatic has created a series of new interfaces and games that are specifically designed to be appealing to the Asian markets. This includes a number of motifs with Asian imagery, including “Dragon Hits” and “Asian Dragon Hot.”

A struggle for competitors

The expansion may be the death knell for many competitors. Novomatic already offered more than 270,000 gaming devices worldwide and had 2,100 outlets for video lottery terminals globally. Now, with the agreement and the expansion into these new markets, it may be difficult for other operations to compete.

Novomatic’s main challenge has been finding the right partner to help with the distribution, but IPG seems to be the perfect solution. They were already the leading gaming company in Asia but now have found a partner that will help them to reach newer heights as well. This could easily lead the two companies to gain a monopoly as they look to appeal not only to the citizens in these nations, but to also draw tourists from neighboring China.

As Novomatic Vice-President Robert Dijkstra put it, “Partnering with IPG, who has a very respectable track record in these territories, Novomatic will strengthen its presence and reach to provide products and services to new and existing customers.”

The combination of the agreement, the new designs to accommodate users in the region, and a lack of any competition is going to see the revenue for Novomatic skyrocket. After being a middle of the road organization for more than three decades, this move will be a turning point.