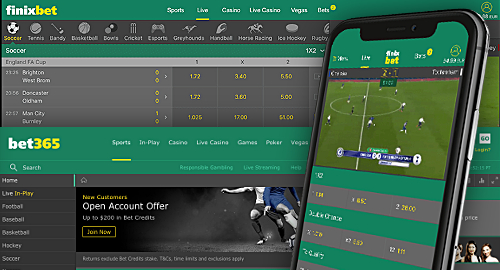 The move followed last week’s ICE convention in London, during which Bet365 says “numerous” attendees noted a striking visual similarity between the two companies’ product and branding. Among the similarities on display include Betio’s use of a familiar white-and-yellow text combo against a green background.

A Bet365 spokesperson said that after thorough investigation of the attendees’ claims, “we decided to initiate appropriate legal actions to protect our intellectual property rights, which in our opinion were violated in this case.” The spokesperson said Bet365 had spent years building its brand and it wasn’t about to let some new kid on the betting block piggyback on its sterling reputation.

It’s hard to imagine that Betio could claim ignorance of its product’s similarities with Bet365, especially given that the Stoke-based operator has been operating legally in Bulgaria’s regulated online market since 2016. It’s equally unclear why Betio apparently felt it could get away with promoting its wares in Bet365’s backyard without some kind of blowback.

For the moment, Betio doesn’t appear to be backing down, at least, based on the continued appearance of the allegedly infringing products on the company’s website.

BET365.RU?
Meanwhile, Bet365 is reportedly the latest Western online betting operator to be pursuing a license in Russia’s regulated market. On Saturday, Russian betting affiliate Legalbet reported that an unidentified Bet365 marketing manager told the site that the company expects to be issued its Russian online betting license in the first half of this year.

It’s worth noting that one month ago Bet365 began advertising for ‘Russian language customer service advisors.’ Interested parties have been asked to submit their CVs by March 8.