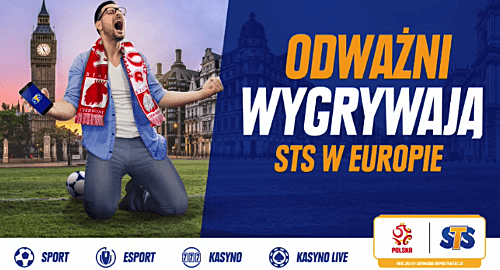 On Friday, STS chairman Mateusz Juroszek held a press conference to announce that his company was launching online sports betting, casino, virtual sports and eSports operations – on a new BetConstruct platform – in multiple European markets under licenses obtained from regulators in Malta and the UK.

Juroszek said his company would look to target expatriate Polish communities in those target markets. Juroszek believes that “the awareness of our brand among these people is extremely high,” offering his company a “significant competitive advantage.”

STS is focusing on 11 European markets, including the UK, Germany and Norway. The UK online market has proven a tough slog for new entrants, but Juroszek claims STS’ brand recognition among the UK’s estimated 1m people of Polish descent is on par with local bookmaker William Hill. “We are a Polish company that Poles know.”

Juroszek suggsaidested the company would eventually look to secure a presence in the regulated markets of Italy, Spain and possibly even some US states, with Juroszek noting the huge Polish community in cities like Chicago.

Joining Jursozek at the podium on Thursday was retired German football great Michael Ballack. STS has major football ties, including official sponsorship of the Polish national team, the main sponsorship of top-tier Polish team Jagiellonia Bialystok and official bookmaking partnerships with a number of other clubs.

Juroszek didn’t rule out the possibility that STS might someday launch land-based wagering operations in some of its new international markets, particularly the UK. But Juroszek said any retail plans weren’t likely to materialize in the next few years.