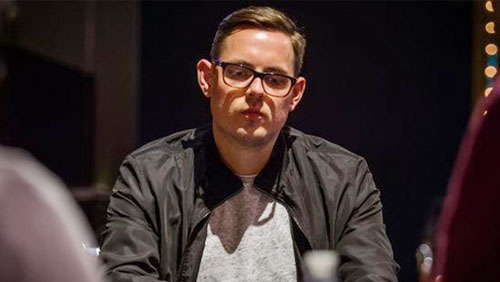 A round-up of news from the Aussie Millions in Melbourne with Toby Lewis leading the final five in the AUD 50,000 Challenge, and side event victories for Vincent Huang and Luis Arrilucea.

Stretch marks in a fashion magazine.

Northerners in a doctor’s surgery.

A headmasters’ cane thrashing the hands of a teenager.

Three things that you’re more likely to see than Toby Lewis at a poker table. The man from the UK chooses his spots wisely, walks in, sits down, and a few days later walks out three digits heavier.

The reigning Aussie Millions Main Event winner is currently leading the final five players in the bumper 62-entrant AUD 50,000 Challenge – the event, which last year, attracted a miserly four entrants, and led to the winner, Sam Greenwood, calling the rest of the high stakes poker world a bunch of pussies.

Registration remained open until the start of Day 2, and a further 25-players dug deep into those dusty wallets. Seven players made money with Michael Zhang finishing seventh for $127,224, and Tobias Ziegler earning $148,428 for his sixth-place finish.

Here is the current situation:

The tournament concludes on Tuesday, January 29 at 2 pm (AEDT).

At the less expensive end of things, Vincent Huang won his second Aussie Millions side event in successive years after conquering the 857-entrant field in the game you see occupying the sub-headline, above.

Huang has earned $284,621 in live tournament earnings, and this is only his second live tournament victory with the first coming in the 2018 Aussie Millions after beating a field of 276-entrants to win the $54,280 first prize in the AUD 1,150 Tournament of Champions despite not being a champion.

The other standout name at the top table was Luke Martinelli who won the AUD 20,000 High Roller at the World Series of Poker Circuit (WSOPC) in Sydney and finished 4/1191 in the Main Event at the same stop, securing more than $350,000 in prize money last month.

Three other dangerous animals who ventured deep into this jungle without finding any lunch were Paul Tedeschi (16th), Pete Chen (26th) and Aditya Sushant (30th)

In 2011, Arrilucea, finished runner-up to Michael Kanaan in the Australia New Zealand Poker Tour (ANZPT) Main Event in Sydney for a personal best score of $129,347.

Two other stalwarts of the Asia-Pacific region who nearly found the keys to the Pearly Gates in this one were Billy Argyros (12th) and Sam Razavi (24th).