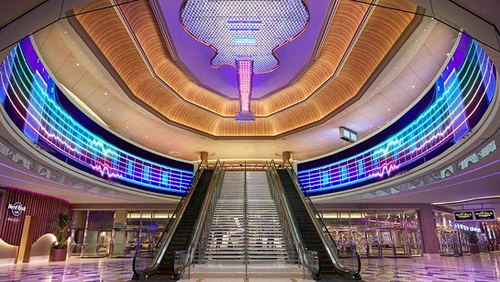 The Hard Rock Hotel & Casino Atlantic City has opened its sportsbook, possibly the last casino operator to do so for the time being.

Associated Press reported that the New Jersey Division of Gaming Enforcement gave its approval late last Friday for the casino to start tests of its system for online sports wagering. Hard Rock then commenced operations the following day, roughly a week before the much-awaited Super Bowl.

Hard Rock President Joe Lupo said that an announcement will be made on in-person sports betting at the casino, which has already scheduled for both in-person and online sports betting to be available prior to the February 3 National Football League championship game.

It was reported just last week that Hard Rock International won a tax case against the Atlantic City government, and was awarded $4.8 million, to be paid over a period of four years. The case involved the company’s inclusion in an $80-million city ordinance for the settlement of casino tax appeals.

Back in August, the casino partnered with Malta-based online gambling operator Kindred Group, which said that the deal was a first step in its offering of sports betting in the U.S.

New Jersey has been one of the most aggressive states in taking advantage of the removal of the federal ban on sports betting. For 2018, in which legalized wagering only began in June, the state reported gross revenue of $94.02 million.