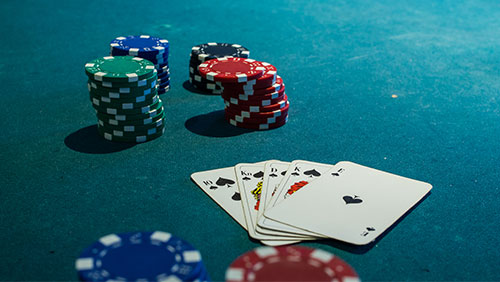 The action continues at the Aussie Millions with Belgium picking up back-to-back wins after Michael Gathy wins the AUD 2,500 8-Game Mixed a day after Bart Lybaert’s triumph.

The Brussels Times would like to inform you that by the time we slow dance our way to 2070 there will be 13.2 million living in Belgium, and that’s not a good thing for poker, because they seem to be bloody good at it.

The day after the Belgian, Bart Lybaert, won an ANTON Championship ring at the Aussie Millions, his compatriot Michael Gathy did likewise winning Event #7: AUD 2,500 8-Game.

It’s the first time that Gathy has won a non-Hold’em event with his previous five victories all coming while riding the Cadillac of Poker, including three World Series of Poker (WSOP) bracelets, and his last win, a side event victory at the  PokerStars Asia Pacific Poker Tour (APPT) Macau in February 2018.

Coming into the final day of action, Gathy, and the likes of Richard Ashby, Daniel Ospina and Justin Liberto were all playing catchup to the gazelle-like Benny Glaser, himself a three-time WSOP bracelet winner, but the man from the UK fell four places from home.

It was a relatively tame looking final table with Glaser and Gathy the standout names, although Timothy Marsters finished in the same spot as he did in Event #2 AUD 2,500 H.O.R.S.E, and last year’s H.O.R.S.E winner, Sal Ribbera, placed sixth.

Three other flights of fancy that went deeper than a dove in a top hat were Daniel Ospina (9th), Justin Liberto (10th) and Richard Ashby (11th).