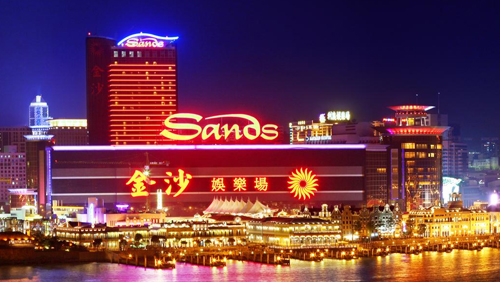 Sands China shareholders are going to see a little bit of extra cash next month. In a filing with the Hong Kong Stock Exchange last Friday, the company announced that it will be offering an interim dividend of about $0.13 a share, which will be paid out to all shareholders on the company’s register as of February 4. The dividend payments are expected to be distributed on February 22.

Sands China is owned by Sheldon Adelson’s Las Vegas Sands Corp. This past October, the parent company reported that EBITDA (earnings before interest, taxation, depreciation and amortization) of Sands China had increased 15.8% year-over-year, coming in at $754 million. Its net revenues increased 13.1% in the third quarter of the year, reaching $2.15 billion compared to the $1.9 billion it earned during the same quarter of the previous year.

Overall, Las Vegas Sands saw an increase of 2.2% in its net profits for the third quarter of 2018 with net revenue growing 6.7% to around $3.37 billion. This was due, in large part, to the success experienced by Sands China. Full-year results for 2018 are expected to be released this week.

In light of its strong performance, Sands China has received favorable positions by many casino analysts. Bernstein recently stated, “Sands China’s valuation look attractive for a stock that consistently trades at a premium to Macau gaming stocks and is now trading well below its historical average.”

The company also became the latest to offer a discretionary bonus to its employees in Macau. It announced last Friday that it would give its eligible employees a bonus equal to one month’s salary, to be paid on January 31. Additionally, all eligible employees will receive a pay increase beginning March 1. That increase is said to benefit 99% of the company’s workforce and will be distributed to all employees who have worked for the company for at least a year.

In a statement about the wage hike, Sands China president Wilfred Wong Ying Wai stated, “Our team members are the company’s greatest asset and the key to our success, and each and every one of them has my sincere gratitude for their contributions in 2018.” He added, “Those who have worked for Sands China for less than one year will receive prorated bonuses if they joined the company before October 1, 2018, and are still employed on January 31, 2019.”