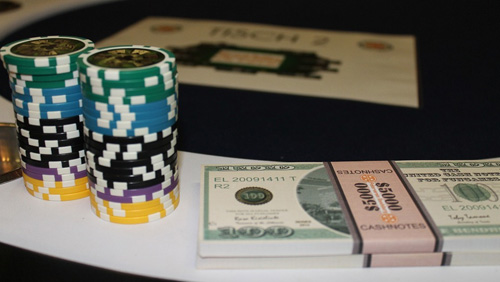 MGM China, Melco Resorts and Wynn Macau have all announced in the past week that they will be offering a “winter bonus” to eligible employees at their respective Macau venues. Not wanting to be left out of the mix, Galaxy Entertainment has now announced in a press release that it, too, will be providing bonuses, showing appreciation to the staff as employees took the company to “new heights” among “emerging market challenges.”

The bonus will be given, as in the case of the other casino operators, to all eligible employees at senior management levels or below. The announcement adds, “Although the gaming revenue has slowed down in recent months amid increased competition with newly opened properties, Galaxy Entertainment achieved a solid result overall last year.”

Galaxy has not reported its fourth-quarter or full-year financial results to the Hong Kong Stock Exchange (HKSE) and only reports full operating disclosures every six months, in accordance with the HKSE’s guidelines. However, in reporting its third-quarter EBITDA (adjusted earnings before interest, taxation, depreciation and amortization), it stated that the figure was $498 million. This represented a 10% increase year-over-year, but was also a 10% decline from the previous quarter.

The company further stated in its announcement, “Eligible team members will receive the 2018 discretionary bonus equivalent to one month of salary on January 31, 2019. For team members who joined Galaxy Entertainment between January 2 and October 3 in 2018, their bonus will be calculated on a pro-rata basis according to their service days in the year.”

Bonuses are no longer a surprise gift received by casino employees in Macau. They have come to be expected and many in the industry have been pushing for the extra pay to be given twice each year, once in the winter and a second time in the summer.

Melco became the first casino operator, out of the six in Macau, to announce its winter salary bonus program this year. It added that the money will be distributed ahead of the Chinese New Year, which falls this year in the first week of February. Wynn Resorts and MGM China announced their bonus programs almost simultaneously last Tuesday, with Galaxy now following suit.