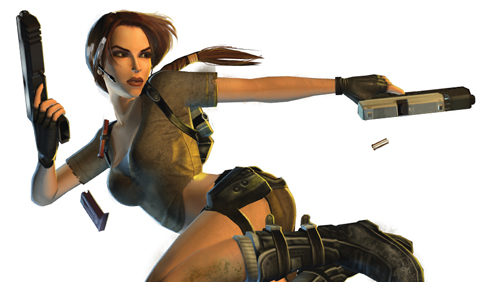 ISLE OF MAN – To mark the 15th anniversary of a longstanding partnership with Square Enix for the Lara Croft® brand, Microgaming has renewed its agreement to produce a third branded online slot game.

The exclusive agreement builds on the industry’s longest-running branded relationship, which was penned 15 years ago when Microgaming launched the industry’s first ever licensed branded slot game with Lara Croft: Tomb Raider™ in 2004.

Following the immense success and popularity of that industry-first collaboration, Microgaming developed a sequel in 2008, Tomb Raider: Secret of the Sword™, which sent players on an exhilarating slot escapade to track down fragments of a legendary sword.

Marked for release this year, the new game will once again feature the fearless heroine, ready to lead players on a new quest unearthing ancient trails and rewarding discoveries. The branded slot is being developed by Triple Edge Studios, an independent studio that is providing innovative, high-quality content exclusively for Microgaming.

Lara Croft is one of the most iconic and popular characters in the world. The first ever Tomb Raider video game was released in October 1996 and since then the franchise has amassed lifetime sales of over 67 million units, making Lara Croft the best-selling video game heroine. The pop culture icon has since transcended into a series of successful films, products, merchandise and in online slot form through an exclusive development partnership with Microgaming.

Fans of the iconic adventurer can look forward to a whole new Lara Croft quest, as the latest title is set to join Microgaming’s award-winning portfolio of branded content in the new year.

Andrew Clucas, Chief Operating Officer at Microgaming, comments: “We are incredibly excited to announce the renewal of our historic partnership with Square Enix to develop a new Lara Croft online slot game that honours and builds on the brand’s massive popularity in the gaming industry, film and beyond. 2019 is our 15th anniversary with the brand and we plan to celebrate the unprecedented milestone with a wave of big reveals on another show-stopping stand at ICE.”

Janet Swallow, Vice President of Licensing at Square Enix West, adds: “We look forward to continue working with Microgaming to develop another successful branded online slot game, following the top performances of Lara Croft: Tomb Raider™ in 2004, which marked the industry’s first ever branded slot partnership, and Tomb Raider: Secret of the Sword™ in 2008. We are excited to see a new action-packed Lara Croft adventure launch to the iGaming world and look forward to the big reveal at ICE 2019.”

Microgaming will be unveiling its latest Lara Croft slot and the game’s official title alongside other big reveals at ICE Totally Gaming 2019.

More information on Square Enix, Inc., can be found at https://square-enix-games.com.