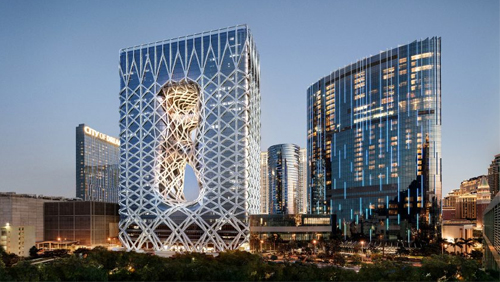 Melco Resorts and Entertainment looks to reduce carbon dioxide emissions and promote environmental sustainability with the installation of solar panels in the rooftops of its City of Dreams and Studio City casinos in Macau.

In a press release, the company said the placing of 18,000 solar photovoltaic panels, spanning nearly 30,000 square meters over its two casino resorts, have the capacity to generate almost 7.7 million kilowatt-hours of energy every year. According to the casino operator, this is equivalent to 1,500 average households’ annual energy consumption.

The switch to solar power is expected to cut CO2 emissions by over 6,000 tons, which is said to be equivalent to the amount that 260,000 trees could absorb in a year.

With the installation of the solar panels, Melco claims to be the first integrated resort in Macau to install on-site renewable energy technology.

The project is in collaboration with Macau-based Man Io Energy, whose Director of Business Development Sam Liu said, “The vast scale of the system has never before been seen in Macau, and through the ongoing partnership with Melco, our company has gained valuable knowledge and on-the-field experience to establish its foundation as a forerunner in the area of sustainable energy.”

Meanwhile, Sands China, which operates several casino resorts in the Special Administrative Region including the Venetian Macao and Sands Macao, announced the ban of plastic straw use in all its properties, in line with the company’s environmental initiatives.

Macau News Agency reported that the operator hopes to reduce the use of plastic for sipping purposes by 2.2 million straws, or about one ton, a year. Such is said to be the amount used by the 97 million annual visitors to Sands China properties.

The group was quoted as saying, “Put end to end on the Hong Kong-Zhuhai-Macau [HKZM] bridge, they are enough straw to extend from Macau to Hong Kong ten times.” The HKZM bridge, opened to the public only last October, is about 55 kilometers long.

The company’s anti-straw measure is expected to pacify local activists somewhat. They have held signature-gathering petitions in order to get the government to prohibit single-use plastics.