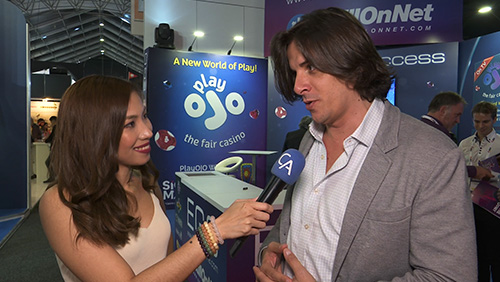 Eman Pulis, CEO of Summit of iGaming Malta (SiGMA) is coming off the hugely successful 5th SiGMA expo. The event was their biggest ever, with 12,500 attendees from 80 countries. Pulis hasn’t lost sight of where they started, and what’s down the road.

Reflecting on the beginnings of the expo, he told CalvinAyre.com’s Stephanie Tower: “It started 5 years ago, and what started with 1,000 people we used to call a national show. A lot of companies from Malta used to exhibit. Slowly, slowly, it became a European show. And I think this time, for the very first time, we have a world-class show, with a lot of delegates coming from Asia, from USA, from Latin-America, and I couldn’t be happier than this.”

SiGMA’s CEO recognizes that some of the success of the show can be attributed to Malta’s favorable climate to gambling, as well as his team. “Yes I have a great team, and also the government makes our lives a bit easier as well, because they are always at the forefront in regulating the space. “

Pulis is also well aware of the natural connection between blockchain technology and gambling, as he is also looking forward to the Malta Blockchain Summit 2019 coming up next May.

He said, “We started gaming five years ago. We embraced blockchain this year, because the government was vociferous in embracing that technology.”

For the moment however, Pulis feels he has built something worth relishing. He concluded by saying, “The hype is real, the buzz is real, and the words like iGaming Village has cemented itself in Malta.”