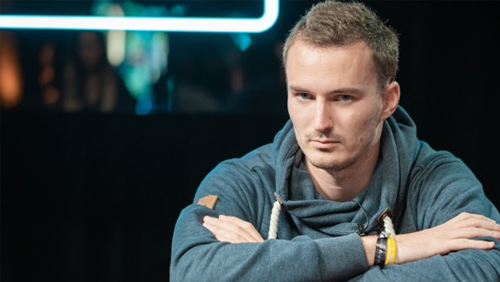 Steffen Sontheimer is $3.68m the richer after taking down the $250,000 High Roller at the partypoker Caribbean Poker Adventure in the Baha Mar resort, Bahamas.

I always thought the Germans were the best at everything.

Not an ingrowing toenail amongst them.

And then things began to change.

The German national football team failed to get out of the group stages in the World Cup.

And in poker, German dominance of the high roller stratum began to wane. The stench of burning high roller meat, no longer stirring up the olfactory senses of the Holzs, Schillabels, and Kempes of this world.

As my dad said during the 1990 World Cup Semi-Final, “You should never write the Germans off.”

Sontheimer Takes it Down

The $250,000 High Roller at the partypoker Caribbean Poker Party (CPP) attracted 34-entrants, and by the time the office closed on the penultimate day, there were six people left with only four places on the rostrum.

The first player to feel the decaying tooth like pain of an exit so close to the money in a $250,000 buy-in event was Ike Haxton. The partypoker ambassador defended the big blind with JTdd against a Sontheimer open holding AJo. Haxton nailed a beautiful flop, hitting top pair and a flush draw,  but he was behind to Sontheimer’s kicker.

The turn gave Haxton a straight draw to go with his many other outs, and it was enough to see the American pay the piper so he could hear the tune of the final card. It was the As – a complete whiff for Haxton – and it gave Sontheimer a two pair hand. The German put Haxton all-in, and the man in the specs made the unfortunate call.

The man left holding nothing but the pin was Nick Petrangelo when he got it in with David Peters AK<JJ, and the deck gave him a paint free board.

After Petrangelo left, the final four players played tag for quite a while before two of them had to go home for tea. Mikita Badziakouski’s KJo fell on the sword of Sean Winter’s AQo, and David Peters ran KQ into the AK of Sontheimer.

Those two executions set up a heads-up encounter between Sontheimer and Winter, with the former holding close to 2:1 lead, and the pair didn’t trade too many punches.

There was no need for a scriptwriter.

Things worked out the way they should.

It was the most significant score of Sontheimer’s career, and comes a year after he won the 2017 Poker Masters.

You don’t have to shed too many tears for the other three.

And what can you say about David Peters.

But it was the German who conquered.

God help us all, when their AI is top notch.