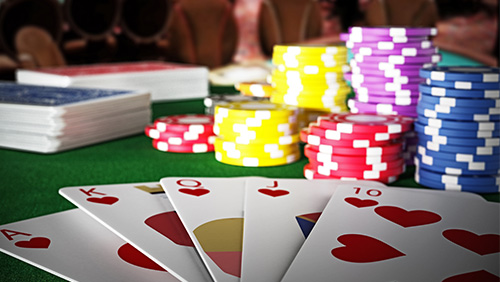 Poker tournaments could soon be made available in Israel if a certain lawmaker has her way. Legislators are said to be considering a bill introduced by Sharren Haskel, who represents the Likud party, that would redefine poker and remove it from the classification of a gambling game. The only thing standing between Israelis and poker now is the Knesset.

As it is in several other countries, poker is illegal in Israel. Anyone found organizing poker tournaments can be sentenced to up to three years in prison and anyone playing could face up to a year behind bars. A recent Supreme Court decision, however, is forcing politicians to revisit the definition of poker and this could so

on lead to an entirely new poker market being created.

Supreme Court Judge Neal Hendel asserted in a recent case that poker is a game of skill and not a game of luck. He added, “The fact that the players go to contests and tournaments year after year strengthens the conclusion that it is not a game of luck.”

The bill being considered by the Knesset would put into law that court ruling and would lead to the creation of regulations for the Israeli Poker Players Association. It would allow the group to organize tournaments at both the national and the international level with oversight provided by the country’s Finance Ministry.

Despite restrictions within its borders, Israel already has a number of successful poker players. Timur Margolin is a top-rated player in the country and has racked up more than $1.7 million in live-action winnings, according to Hendon Mob. Last month, he took first at the € 1,100 NLHE – Monster Stack during the WSOPE in the Czech Republic. He is joined by other Israelis, such as Asi Moshe, Rafi Amit and Amir Lehavot, all of whom have earnings that approach, or exceed, the million-dollar mark. Lehavot has earned $5.7 million, according to Hendon Mob.

In presenting her bill, Haskel asserts, Israeli sportsmen bring respect and pride to the state in international competitions. Now that the Supreme Court has ruled that poker players are sportsmen and not gamblers, they should be permitted to practice on their home turf.”