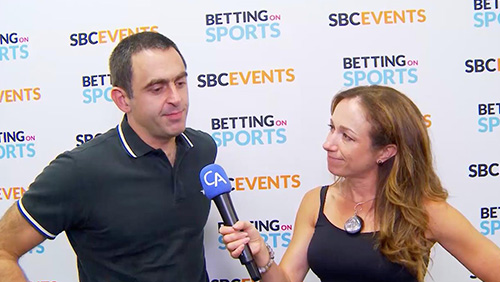 When Ronnie ‘The Rocket’ O’Sullivan won the 2018 Shanghai Masters, he got public recognition not just for being first in the game to make £10 million in prize money over his career, but also for giving his winners’ trophy to a fan. He actually gave two trophies away, and was quite humble in his retelling.

“My suitcase was pretty full as it was,” he told CalvinAyre.com. Initially, O’Sullivan said he only intended to give his highest-break trophy to a young girl in the crowd. “And she was like all buzzing, and then I thought, ‘I’ll give her the winner’s one as well.’ But then I see another little kid down there and I thought, ‘Ah, better share the trophies.’ I thought he could have the winner’s trophy… I’ve got so many at home there, that they don’t really mean much for me,” he said. “It’s just more the experience and the buzz of, the memory of the tournament, so I thought they’d probably appreciate it a bit more than me.”

It was O’Sullivan’s second Shanghai Masters victory in a row, and China has a special significance to him. “I love playing in China. The fans are so enthusiastic, and me getting supported really well, I feel like it’s like a second home for me in many ways. Having won it last year, it’s always nice to go and defend your title, so I was really happy to get that victory,” he said.

O’Sullivan has been known to consider betting and snooker as a match made in Heaven. It’s no wonder he’s become an ambassador for sportsbook Betcris. “Most sports are good for betting, but obviously, snooker, the culture, there’s always been a lot of betting and stuff going on it, even at a grassroots level. So I think it matches well, obviously, with Betcris. A lot of their stuff is done out in the Far East, and South America… So I think I’ve had good luck the last couple of years. It’s basically working alright, it’s been working good.”