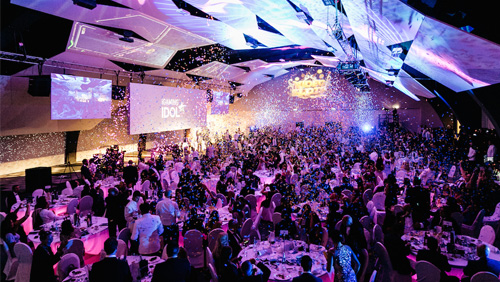 As an industry that contributes over €1.2 billion and 12 per cent towards the national GDP and employs over 12,000 people in Malta, iGaming is an integral part of life in Malta. With that in mind, iGaming Idol has become the Oscars of the iGaming Industry, a sector that has made Malta the home for gaming excellence.

Now in its third year, the popularity of the event and the demand for participation for sponsorship grew tremendously with the attendance increasing by over 25 per cent between 2017 and 2018. This encouraged the organisers to find a new home to host the event, and they settled upon the Bay Arena, within the Intercontinental Hotel in St Julian’s.

iGaming Idol is built on three pillars: the Recognition of Individuals; Entertainment and Charity. With regards to the latter, the organisers are proud to have raised over €20,000 for the Malta Community Chest Fund Foundation through charity fundraisers and proceeds from the event this year alone.

Speaking at the Awards, the Hon Silvio Schembri, Junior Minister for Financial Services, Digital Economy and Innovation, referred to iGaming Idol as a staple in the iGaming calendar and an event that rewards excellence to critical people in the industry.

Referring to the sector, he said, “we want to embrace and celebrate these achievements and continue to ensure that both homegrown and foreign talent keep having Malta as the launch pad for their iGaming career.”

Minister Schembri also announced that, following the published consultation document in March that sparked conversations among stakeholders on the introduction of Distributed Ledger Technology (DLT) and virtual currencies, the Malta Gaming Authority is taking things a step further and will be launching a Sandbox for DLT. Hon Schembri concluded his speech by presenting the first-ever ‘Hall of Fame’ Award to George Debrincat for his dedication to and proactivity in the industry since its inception.

The night continued with hosts – industry veteran Michael Casselli and the head reporter of Calvin Ayre and Coin Geek Rebecca Liggero – announcing the rest of the winners.

Finally, Michael Pederson, CEO of iGaming Idol, said he was overwhelmed by the response of the industry and made it a point to thank all those who contributed to the event. He stated: “iGaming Idol could not have happened without our headline partner Videoslots.com, our Platinum sponsors GamingMalta, IGT, Microgaming and BetConstruct, our Silver sponsor StudioSeven, and the many other sponsors and contributors who have made this, as well as the industry at large, a benchmark in gaming excellence.”