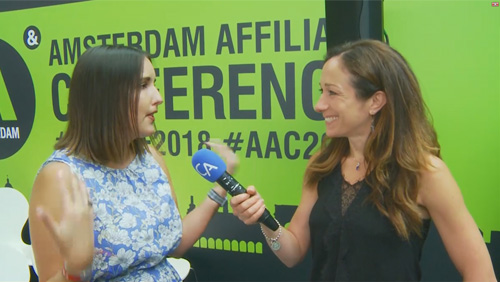 Laura Crimmons, who founded Silverthorn Agency this year after serving as communications director of Branded3, thinks that links, as ubiquitous as they may be at present, won’t be as prominent in future digital campaigns.

“[Links are] definitely still important in 2018. Whether they will still be important in the years to come, I think we’re going to gradually see the end of links being employed,” Crimmons told CalvinAyre.com.

She pointed out that even today, links in themselves don’t provide value. “It’s not just about the links themselves, it’s about traffic-driving links, they call it, which means that it’s not just any link we can get. What we’re actually looking for is links from high-traffic sites, and when we think about where can we get links from high-traffic sites, we generally think of the media, so media publications. They’re the kind of links that count in 2018,” she said. And even when the links aren’t used to direct users to one’s site, “the fact that you got all this kind of brand-building on these websites, that’s always going to be important… Even if links don’t matter, the fact that you’re getting covered and getting talked about, that’s always going to matter.”

Among basic but effective strategies for companies to get media attention, she points to “odds newsjacking,” which is looking at, “What are the stories that are being talked about in the media, and do we have odds on them or can we create a market for them? And that kind of thing just really works.”

Crimmons also pointed to data pulling to build an interesting narrative. “Data works really well, I would say. Either we did quiz-type things so where you create a quiz, it’s really engaging for people, but then we pull the data from it, and we craft stories from there. There is an example, kind of out of the sports industry but still in gambling where it was a campaign around what makes a Hollywood hit. So which actors and actresses have been successful? Again, it’s pulling on data and creating stories off that. That’s what seems to really work,” she said.

She advised companies launching a media campaign to be open to feedback prior to publicizing a product. “The first step before you even launch a campaign is get the feedback. When we go out for that feedback, if the journalist comes back and says, ‘Yes, we would be interested in that,’ what we might also do, if they’re one of our key sites, we’ll offer them as an exclusive so that when we launch the campaign, they write about it first, but it kick starts the whole kind of ripple effect of other sites covering it, and we know we’re guaranteed to be on that site. So that’s quite a good tip for really kickstarting and making sure you’ve got the coverage and the links locked in. All journalists look at an exclusive before someone else, so pick your number-one target, offer an exclusive, and that will really kind of drive it forward,” Crimmons said.