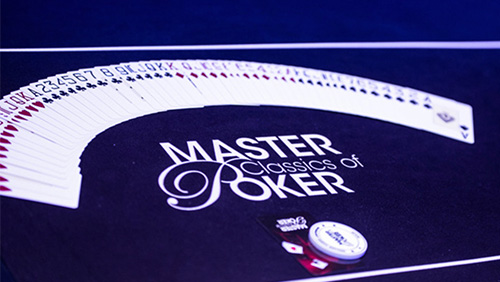 The 2018 Master Classics of Poker (MCOP) is a little more than two months away and it’s time to start making plans. The series of events will be held at the Holland Casino in Amsterdam from

November 21 through December 1 and this year will see a first for the NLHE events. They will all use the big blind ante format, following a trend seen lately in the poker world.

This will be the 27th year that the MCOP has been held. There will be a total of 21 events, including a number of high-stakes games. There is a €10,300 High Roller tourney on top, as well as a €25,500 Super High Roller event. Other tournaments are available with buy-ins ranging from €330 for a Main Event satellite to €1,100 for a NLH Hyper Turbo Freezeout. The €4,500 Main Event will wrap up on November 30.

The usual suspects will be included this year. There are several NLHE tournaments with variations, Pot Limit Omaha events and bounties. A number of the tournaments are single-entry events, while many others allow for one re-entry.

Some of highlights of the series include:

The use of the big blind ante format has become extremely popular in live tournaments. It has already been adopted by the WSOP and several others, and is a favorite among high-stakes players. In big blind ante, each player in a hand does not pay an ante. Instead, the player in the big blind pays for the entire table. This helps increase the speed of the game and reduces confusion about who has, or hasn’t paid the ante.