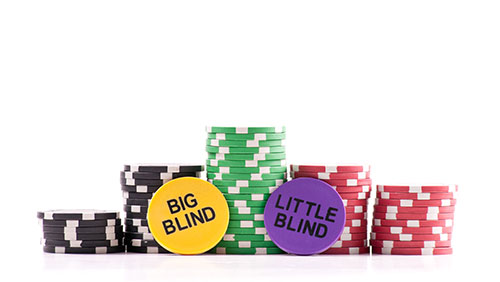 Texas Hold’em poker has undergone a few changes since its inception decades ago. Two of the more recent alterations have been the inclusion of a play timer, which was much needed, and the big blind ante (BBA). Both have been happily accepted by the poker community, despite limited resistance to the BBA. The play timer is a no-brainer, and the BBA has been gaining a substantial amount of traction lately in tournaments.

The BBA came about due to confusion at the tables. The BBA can be defined simply as the ante paid for the entire table by the player sitting in the big blind spot in each hand. Perhaps from one too many cocktails or nerves, at times questions were raised regarding whether or not all players had anted up. To prevent the confusion, and subsequent arguments, high roller players created the BBA during tournaments at the Aria in 2017. The format became so popular that the Aria has included it for all of its $240 daily events.

In addition to the Aria, the Wynn Poker Room began using it for all of its events in 2018. The change will be seen at all WPT Main Tour events starting with the upcoming 17th season. Next April, The Borgata’s Spring Poker Open will implement it across all games in the series. The Venetian and Seminole Hard Rock in Florida could also introduce the BBA at a few of their upcoming tournament events. SugarHouse, in Philadelphia, Pennsylvania, will begin using the format next month at a $150 buy-in tournament. PokerStars will also incorporate BBA in 27 events, including the Main Event, at the EPT Monte Carlo.

Two additional events will introduce the BBA, as well. The Super High Roller Bowl and the WSOP Big One For One Drop will implement the structure this year. While the WSOP indicated that it is only considering the BBA for the One Drop tournament, it indicated that it might make it the norm for all of the tournaments beginning in 2019.

As with everything, however, there always has to be a debate. Poker’s Daniel Negreanu raises a point about the BBA format, and whether the ante is paid “big blind first” or “ante first.” He feels that Big Blind first is the best because it provides the highest benefit if the Big Blind player can’t cover the ante. However, ante first is becoming the accepted format, and allows for a player to only recuperate the chips he or she is all-in for, without gaining unearned equity.