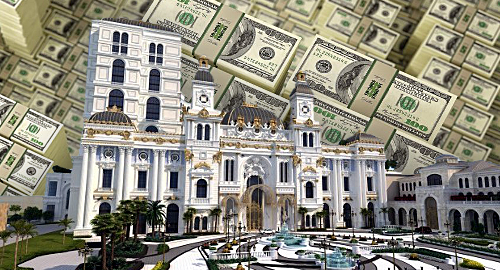 Saipan casino operator Imperial Pacific International (IPI) wrote off nearly three-quarters of a billion dollars in uncollectable VIP gambling debts in the first half of 2018.

The dire results followed a profit warning last week that only hinted at the scale of the problem, which was caused in part by the “impairment of trade receivables,” i.e. uncollectable VIP gambling markers. IPI famously chose to avoid the use of third-party junkets when it launched in 2015, opting instead to offer credit directly to customers.

IPI wrote off a total of HK$5.75b ($733m) in H1, of which nearly HK$2.5b was owed by just 10 VIP clients. The figure is nearly triple the $268m the company wrote off in the same period last year, and significantly more than the half-billion or so it wrote off all last year.

Believe it or not, the situation could be worse, as IPI says it has yet to write off the HK$1.1b owed by the company’s single-largest debtor. Total outstanding receivable currently stand at HK$13.7b, which is only slightly higher than in H1 2017, and IPI claims its write-offs are “comparable and in line with global industry standard.”

IPI’s total VIP turnover in H1 fell nearly in half to HK$100.3b, despite the opening in July 2017 of its new (but unfinished) permanent Saipan venue, the Imperial Palace Resort, which effectively doubled the number of VIP tables in operation.

Mass market table drop was also in negative territory, falling 16.3% to HK$387.6m. The only metric that was in positive territory was slots and electronic table game handle, which rose nearly 30% to HK$520.2m, but win rate fell more than two points, so slots/ETG revenue actually fell 4.2%.

IPI did get one piece of good news on Friday, as the Commonwealth of the Northern Mariana Islands Lottery Commission agreed to amend IPI’s casino license to extend the company’s August 31, 2018 deadline for finishing its permanent resort to February 28, 2021. Failure to make this new deadline will cost the company $5k per day.

IPI has failed to make multiple deadlines for finishing work on its resort, which the company has blamed on labor shortages and disputes with contractors. The company was summoned to a contentious hearing with Saipan regulators this week, at which some commissioners weren’t shy about calling the company to account over its broken promises.

Earlier this month, IPI failed to make payroll for its salaried staff while former contractors publicly complained about not having been paid for work already completed. The company’s H1 report noted that “management is in discussion with other potential investors to secure long term financing” to help complete construction of its permanent venue.